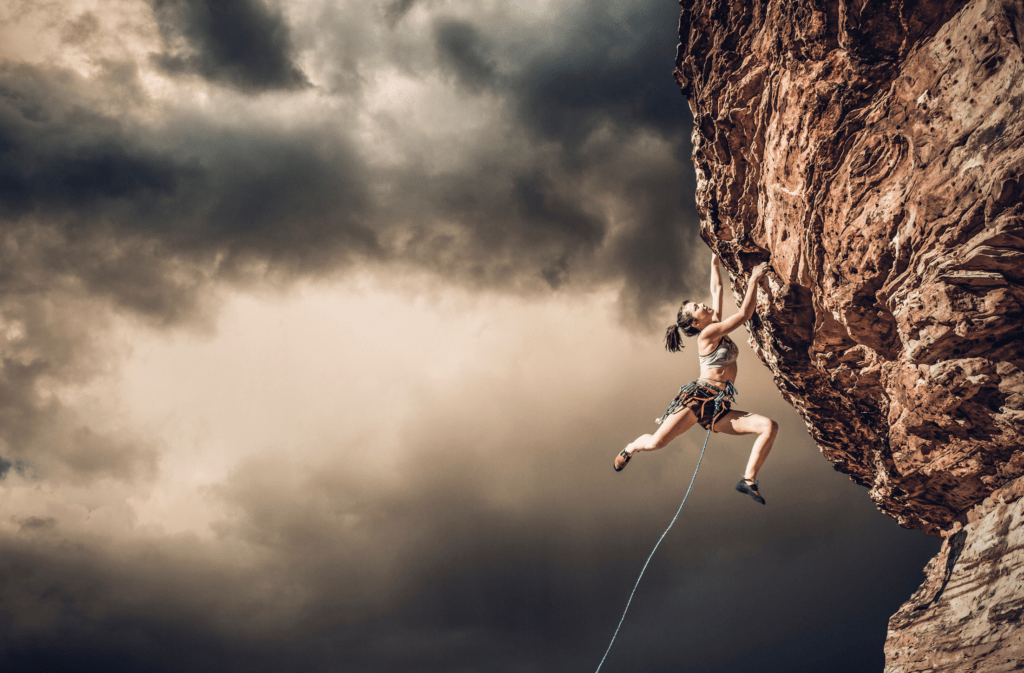 What’s behind this resilience?

The main reason is that the holders are holding and not selling.

Large bitcoiners and institutions are viewing bitcoin as a store of value. And despite all the uncertainty like the record-high inflation, crashing stocks, or war in Ukraine, the largest holders keep holding.

In other words, these bitcoin investors have such a high conviction in the digital asset that they don’t sell during this time of uncertainty.

And that’s what bitcoin was built for, that is its value proposition. Excessively high inflation and geopolitical uncertainty are the fertile habitats for digital gold.

As you can see on the chart from Blockware Solutions below, bitcoin has an all-time high in the amount of supply that hasn’t moved for at least a year. 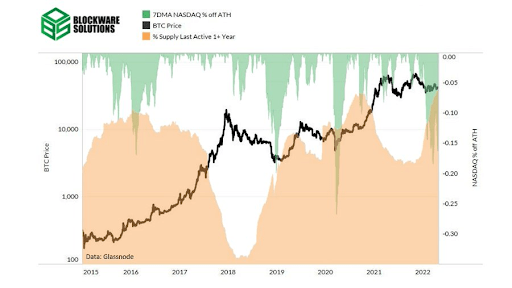 And this is remarkable!

To put this in perspective, at the same time we have one of the biggest turmoils in financial history, there’s an all-time high in the number of bitcoin holders.

In a nutshell, there’s a convinced holder base that views BTC as the global safe-haven asset, and insurance against inflation and turmoil.

Nobody sums it up better than Peter Thiel, Founder of PayPal,

“I think the real reason people spray and pray in their investing, is that they’re lacking in any conviction, and perhaps because they’re too lazy to really spend the time to try to figure out which companies what companies are ultimately going to work.”