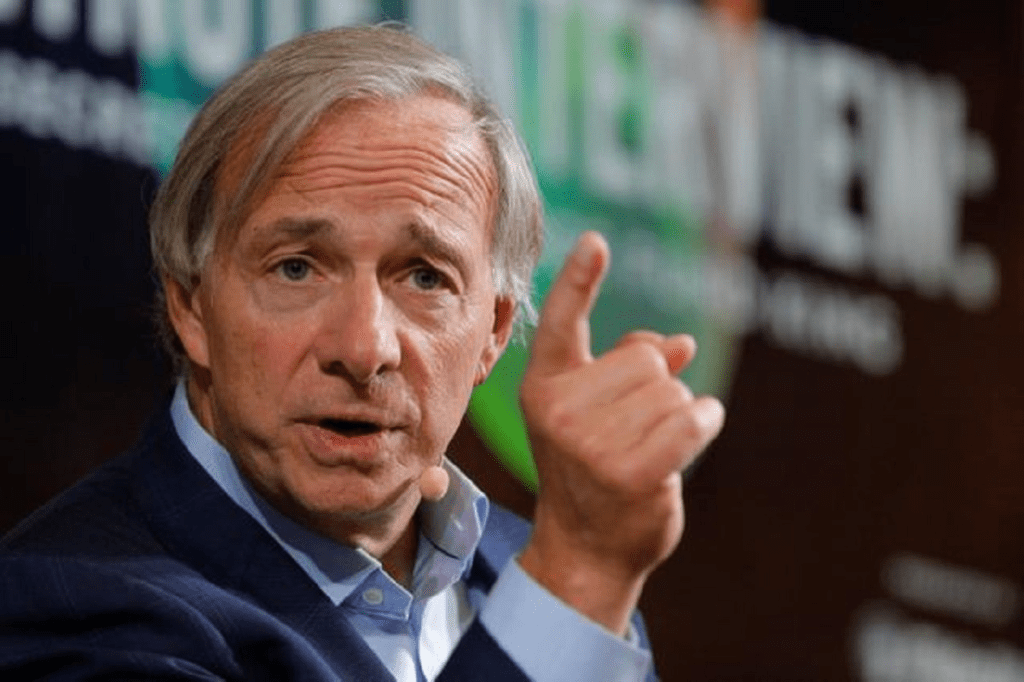 Ray Dalio added Bitcoin to his holdings. He recently said that he would “rather own Bitcoin than a bond.”

For those not familiar with Ray Dalio, he is the founder of Bridgewater Associates, the world’s largest hedge fund.

Dalio is the real deal.

When he talks, you can bet the smartest investors in the world are listening.

In addition, he’s a straight-up cool guy. He meditates, produces viral videos, and dedicates much of his time to educating himself and others. I predicted this move by Dalio last year, but in retrospect, it was inevitable.

So first, why did he bash bonds?

Bonds are in the biggest bull market in history, with 40 years in the making. Some call it a mother of all bubbles.

Dalio knows better than anyone that zero interest rates and endless money printing will trigger even higher inflation.

As long as bonds used to offer 5-6% yield and people assumed inflation was 1%, it was understandable that you’d want to buy them.

But that’s no longer the case.

In the light of the zero interest rates and the most extensive money printing in dollar history, we can expect a 10-15% real inflation rate going forward.

Bonds are now officially negative-yielding. In other words, they are worth less than zero. For example, if you lend someone money, they will return you less you gave them. To put it another way, bonds guarantee to lose money.

He’s not alone in this debate.

The superstar portfolio manager and CEO of ARK Invest, Cathie Wood, said you should “sell your bonds.”

Warren Buffett’s outlook toward the global debt market has always been gloomy. However, recently he reaffirmed this view by saying, “bonds are not the place to be these days, and the retirees face a bleak future.”

BlackRock, the world’s largest asset manager, is guiding its investors “not to put their money in bonds.”

And by the same token, Dalio said investing in bonds has “become stupid.“

It is undeniable that Dalio and this team realized that the times have changed. He’s expecting inflation, and at the same time, he’s looking for the best ways to protect his investors. So, last year he bought gold.

In January 2020, in the CNBC interview, Ray Dalio said:

“There’s two purposes of money, a medium of exchange and a store hold of wealth, and bitcoin is not effective in either of those cases now.”

And he continued, “The central banks are going to hold gold. Stay away from Bitcoin.”

He changed his tune completely.

First, at the beginning of the year, his team radically decreased the allocation in the gold ETFs from over 20% to only 3.61%. And now Dalio announced that he holds Bitcoin.

So what are the key takeaways for investors?

Only a few months ago, Dalio was a Bitcoin skeptic. Now he is ditching bonds and gold for Bitcoin.

The first thing to remember is that Dalio is one of the most influential investors on the planet, and people worldwide tend to mimic his allocation.

Another key point is that Dalio is a big fan of exchange-traded funds (ETFs). Over 80% of Bridgewater’s equity portfolio constitutes ETF holdings.

That is to say, the U.S. Securities and Exchange Commission (SEC) has ten active bitcoin ETF applications. And although the agency pushed back a decision on VanEck’s proposed application till June, the bitcoin ETF will probably be approved by the end of this year.

Make no mistake, Bridgewater will be one of the first hedge funds to add bitcoin ETF to their allocation.

Finally, if the founder of the largest hedge fund in the world says, Bitcoin is better than the government and corporate bonds, lookout.

That’s not something you say at the beginning of the bear market.