Crypto Exchanges And ICOs Are Evolving Into New Entities

Today, the initial coin offering market is in turmoil with some ICOs closing down. Others are prolonging their capital raising with the hope that the market will pick up. However, this is unlikely to happen soon as new patterns are beginning to emerge from the rubble.

Before, the whales were investing in all kinds of new initial coin offerings with the promises of high returns, decentralization and disruption. This led to a flood of new companies raising funds via initial coin offerings, an alternative to traditional venture capital. Now that the market has changed, investors are looking beyond the ICO.

Most ICOs have become a simple case of solving the right problem with the wrong business model. Their technology is needed in the market but a coin/token may not always be required.

The crypto whales became aware of this, believing that some ICOs should “drop the ICO” and become a “blockchain-based company” instead. This resulted in whales becoming more selective with their investments, pulling funding, which put the “viability of tokens” under scrutiny. This is what caused the crypto market crash of 2018.

Whilst the challenges facing the ICO market sparked some controversy in the blockchain ecosystem, this has also led to new developments and trends with crypto exchanges and ICOs. Here’s a fresh look at some of these new patterns that are transpiring.

Several top exchanges are working on transitioning to non-custodial trading, from Binance DEX to Coinbase acquiring Paradex, to Bitfinex’s Ethfinex Trustless. 0x, a DEX protocol that is not associated with any centralized exchanges has also been gaining momentum with their recent V2 launch.

Ivan Bogatyy, the General Partner at MetaStable Capital sheds some light. “Now that centralized exchanges are pouring significant resources into solving these problems, we will likely see a significant increase in DEX trading volume share in the next year or two.”

ICOs may have to rethink their business structure and the same could occur with crypto exchanges. Ras Vasilisin, the CEO of Virtuse, a crypto exchange that pairs cryptocurrencies with real-world assets, believes that exchanges will evolve into entirely new business entities.

Vasilisin says that: “The future of exchanges will likely become something that we’ve never seen before operating as a broker, bank, payment provider, underwriter and custodian. They will combine the best of both centralized and decentralized exchanges in a new hybrid-like way.”

There will be more security tokens (STOs)

The crypto exchange Huobi has been developing interests in the STO market with its recent investments in the security token exchanges OpenFinance and SharesPost, hinting that there will likely be more STOs. Similarly, Coinbase expanded its scope into the STO segment by acquiring 3 companies.

Ivan Tsybaev who recently sold Trucker Path to the Chinese social networking firm Renren says that “It is only imminent that more security token exchanges will go live soon.” Tsybaev, who has just come out of stealth with his new blockchain project Nomica, believes that a few things will occur:

In South Korea, a crypto ecosystem that is dense with over 90% of the crypto community residing in Seoul are growing their ecosystem together. This includes Korean exchanges, startup hubs and crypto co-working spaces like the Bitcoin Center Korea.

Jin Gil Lee and Sang Wook Kim, the co-CEOs of the Korea Crypto eXchange (KCX) believe that Korean crypto exchanges will become institutional investors, resulting in the M&A of crypto coins. Lee says, “Some coins may then receive liquidity after investment from exchanges, hence, receiving a lifeline that would ‘resurrect’ under-valued coins.”

Kim adds, “Initial exchange offerings (IEOs) may in the near future, serve as a model that could soon replace ICOs by listing projects directly on exchanges—without them necessarily needing to go through an ICO.” Assuming that Kim is correct, IEOs could now be the new ICO.

Originally published at Forbes on October 23, 2018 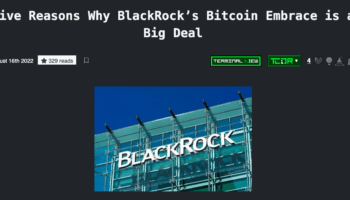 Five Reasons Why BlackRock’s Bitcoin Embrace is a Big Deal 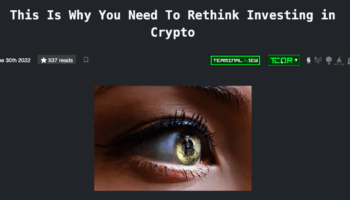 This Is Why You Need To Rethink Investing in Crypto 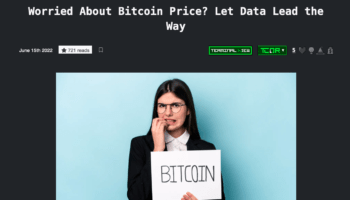