Reading:
Education and Bitcoin Are Key to Wealth Protection
Share:

Education and Bitcoin Are Key to Wealth Protection 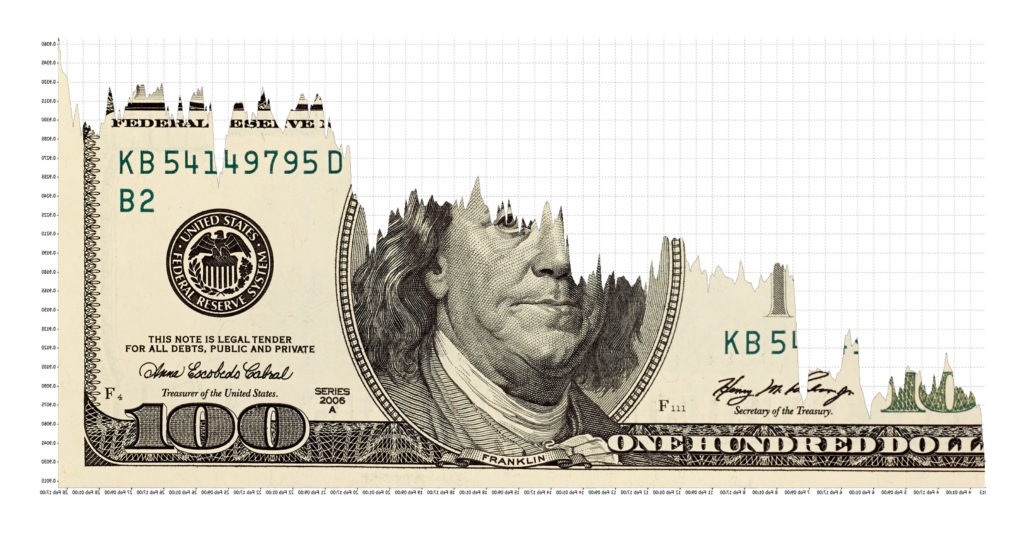 Bitcoin Investors Are The Biggest Winners During Inflation.

I believe there can only be one definition of inflation, and that is the one headlined by the Nobel Prize-winning economist, Milton Friedman:

“Inflation is a monetary phenomenon. It is made by or stopped by the central banks.”

According to this, the US dollar is not only in inflation but possibly in hyperinflation. Just take a look at the chart below. 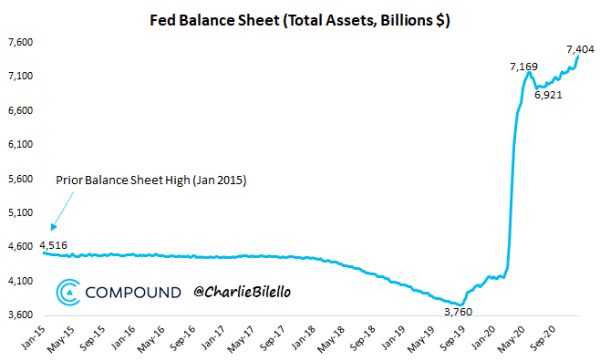 There has been an approximately 2x increase in the balance sheet since the low in September 2019. This means that over $3.5 trillion has been added to the Fed’s total assets in just 16 months.

This type of behavior is absolute insanity, but here is the main issue with that.

This was only in 2020. This year it will get even worse. Consider the money printing from the second wave, corporate bailouts from the first wave, and bank credit contraction. There are no signs that the Fed will not continue printing at an accelerated rate this year. Biden’s upcoming $1.9 trillion stimulus package is just the beginning.

So what’s my point?

This means there is no way back from this. Accelerated money printing and high inflation will eventually destroy the dollar and other fiat currencies.

But there is a catch.

If you follow official CPI numbers in the US, you might be under the impression that inflation is non-existent. 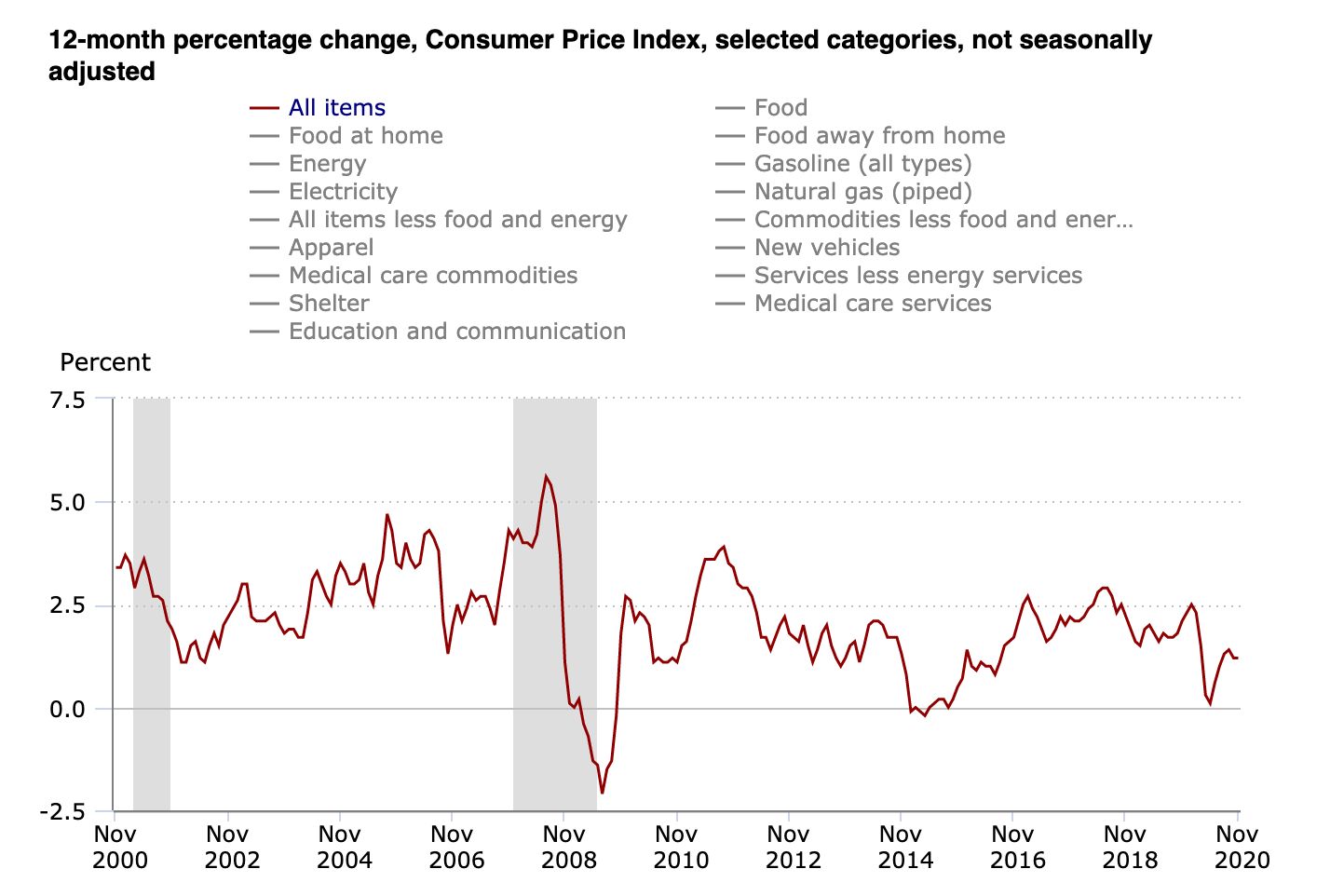 According to these numbers, inflation has not been prevalent over the past decade. CPI tells us that regardless of how much money the Fed chooses to print, there will never be inflation.

CPI is a myth, and it’s a crucial thing impacting billions of people’s finances. It is killing the middle class, and an increasing number of people depend on government entitlement programs to bail them out.

Fortunately, Ed Butowsky and his team at The Chapwood Index debunked that myth.

What differentiates The Chapwood Index from the CPI is simple but critically important. It reports the actual price increase of the 500 items on which most Americans spend their money, no alterations, no seasonal adjustments, just real prices.

Here is what The Chapwood Index found.

The Index shows that the average inflation over the last five years is between 8.1% and 12.9% in the top 10 cities. That is a big difference between the 2% inflation assumptions that the US government makes.

If this still doesn’t alarm you, think about this from the other perspective. According to the mathematical formula, the Rule of 72, a 10% inflation rate doubles the cost of living every seven years. You can use the Rule of 72 Calculator to get a quick estimate.

That is a significant problem for most people without investable income. But it’s not that straightforward for investors either. If inflation is 10%, they need over 10% annual return, just to offset the debasement of their currency.

Here is the main issue with all that.

It’s not just the US problem. The dollar is the world reserve currency, and the major central banks are coordinating their money printing. It’s a global problem. You can expect similar levels of high inflation in the rest of the world.

The point is now that the high dollar inflation levels spell out a disaster for all fiat currencies.

So, first and foremost, you must stop relying on politicians and central bankers. They are the reason we ended up in this mess in the first place. Don’t be gullible.

Then, you must educate yourself and take control of your money management. Investing is a skill anyone can learn.

If there is a loss of faith in the government institutions, you have two options. You can ignore it, or you have to do something to protect yourself.

This is the number one reason I am bullish on Bitcoin. It is the manifestation of the loss of faith in institutions and the global financial system.

It has also proven to be the ultimate protector of wealth in the world. And as long as governments are debasing their currencies Bitcoin investors will be rewarded.