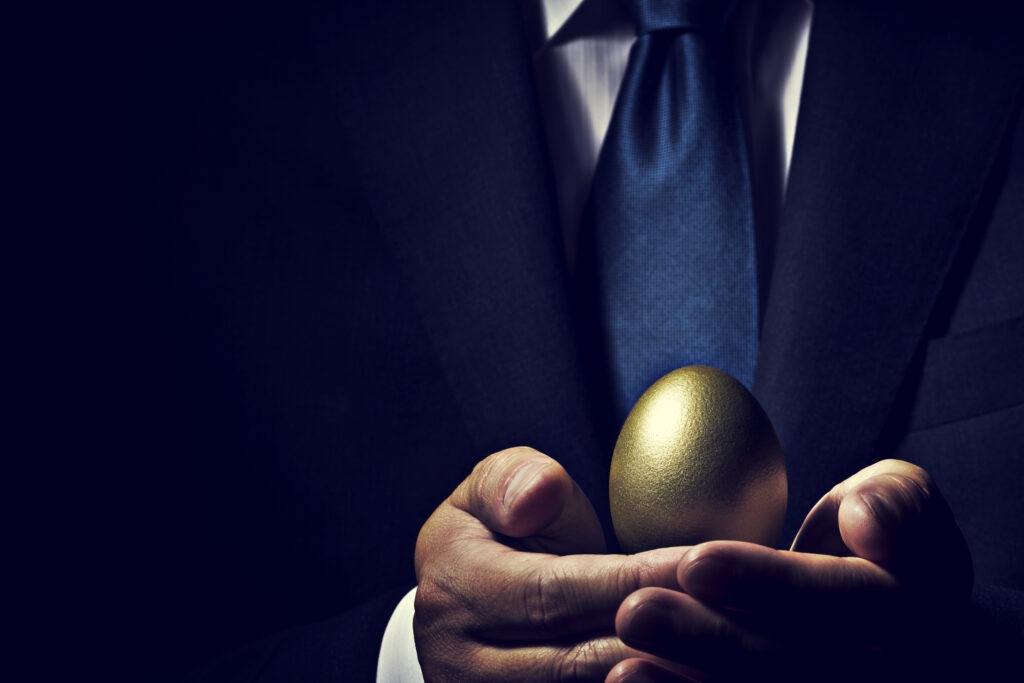 Bitcoin has created a whole new asset class and an entire segment of the economy. At the same time, many people still doubt its value proposition.

So what are the real-world implications of Bitcoin, and how is it changing things for everyday people and large investors?

Let me break this down for you.

If we take Satoshi’s whitepaper at face value, Bitcoin was created as a peer-to-peer electronic cash system. And even though it is not the fastest or the cheapest network, it still lives up to its original expectations.

According to a recent study by Deutsche Bank, Bitcoin is currently the third-largest currency in circulation after dollars and euros. 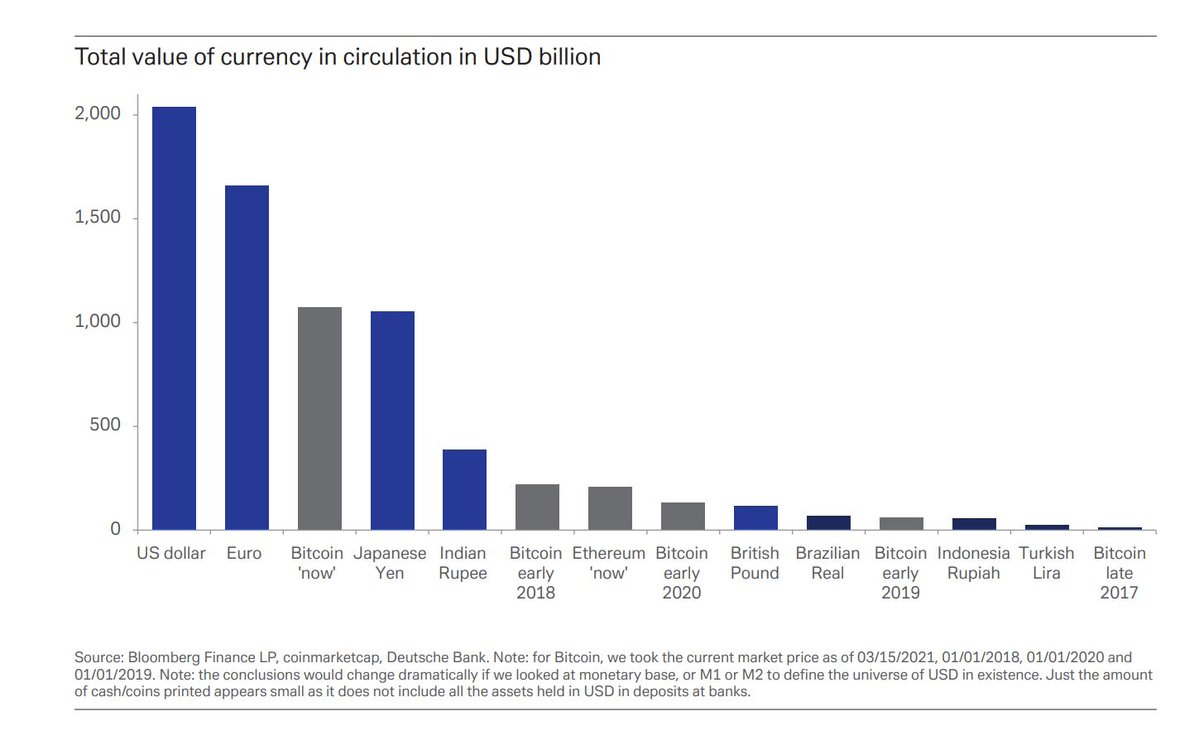 Additionally, Bitcoin fares well in comparison to Visa and Mastercard. If we look at the on-chain transaction volume of Bitcoin, it’s between 10 to 20 billion dollars a day. That results in 3 to 6 trillion dollars on an annualized basis. Compared to credit card companies, with the 10 to 16 trillion volume, Bitcoin is closing the gap with almost 30% market share.

It’s hard to deny that people are storing their wealth in Bitcoin. And that’s where the digital gold narrative comes in. In finance, something has value if there is a finite supply. In the case of Bitcoin, there is a set cap of 21 million Bitcoin. You can’t make any more of it.

On top of that, Bitcoin has been growing 200% every year for the last decade. That is why it’s not surprising that the whole host of retail and institutional investors keep adding it to their portfolios.

Investors have also realized that it is the best protection against rising inflation. If you look at the US dollar, the government is essentially doing everything it can to debase that value. If you examine the economic reality, it’s the dollar that is hyperinflating relative to Bitcoin.

It’s also apparent that Bitcoin has begun to replace traditional stores of value like is gold and bonds. As Michael Saylor explained, there’s a $250 trillion ocean of assets. They are looking for the ideal store of value right now.” 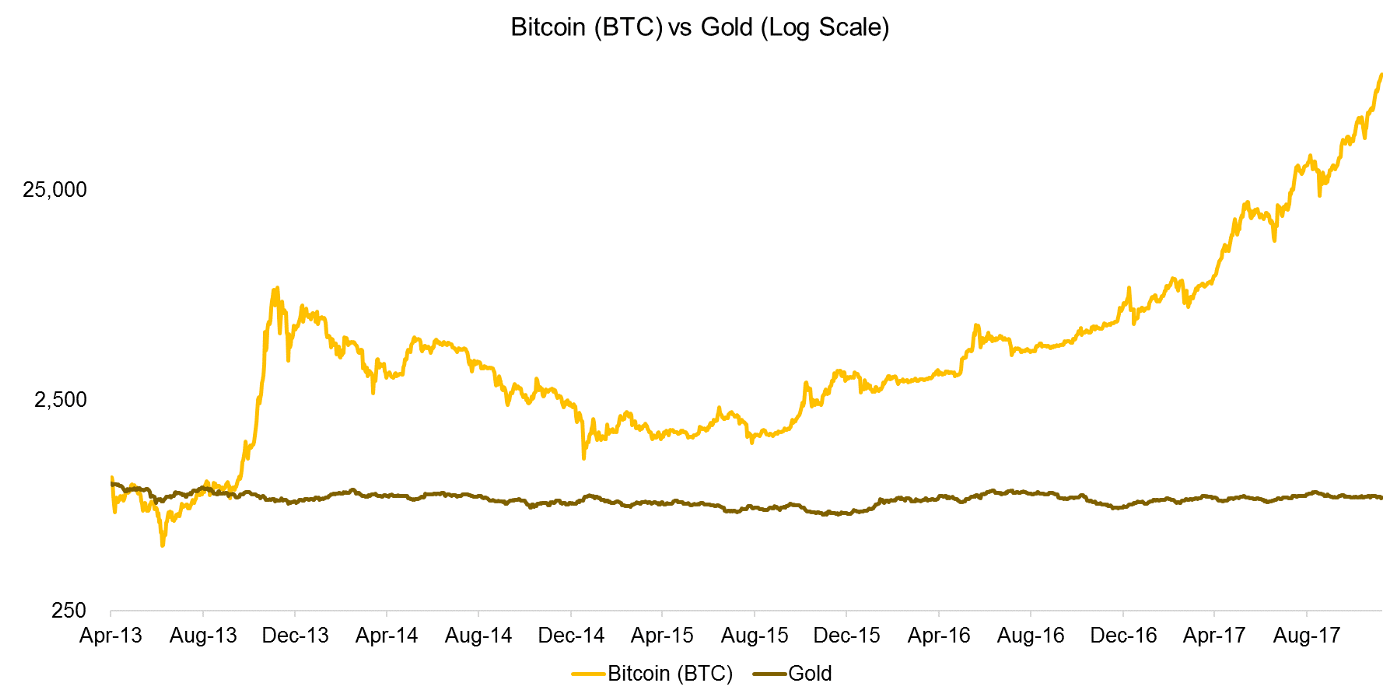 While an increasing number of people see Bitcoin as a long-term investment, others still see it as a short-term trading vehicle.  Simply put, people are buying it for speculative purposes with the expectation to sell it later for a profit.

Bitcoin’s daily volatility is virtually unheard of in traditional securities and equities markets and even makes foreign exchange traders blush.

At the same time, such volatility could be dangerous and even deadly for the unprepared. But for someone who knows how to ride the waves of volatility,  the bigger the wave, the better.

So what’s the dominant use case right now?

All use cases serve different things for different people. But when you look at the data, 60% of all Bitcoin hasn’t moved in the last 12 months.

That tells me that the majority is using it as the store of value over everything else today. About a hundred large institutions have already bought Bitcoin for their treasury, and there is no reason for that trend to end. Capital naturally moves from weak assets to strong assets.

Now, what happens in the future nobody knows. But what is certain is that the past doesn’t equal the future, especially for Bitcoin.