Reading:
Here’s How Americans Invested In Bitcoin in 2021
Share:

Here’s How Americans Invested In Bitcoin in 2021 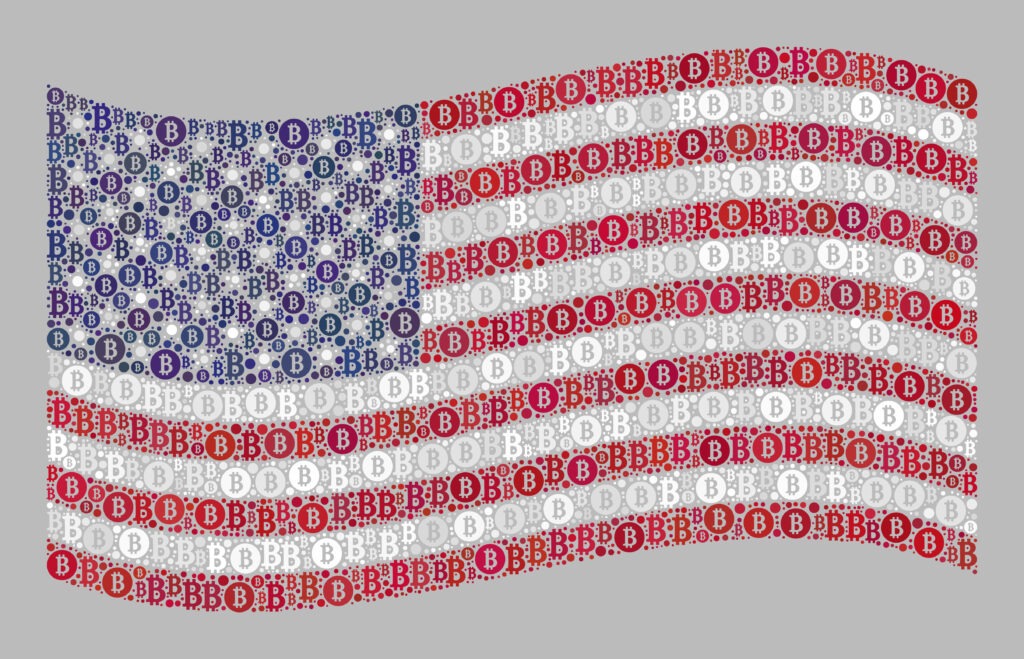 Grayscale’s survey results show a rapidly shifting appetite for Bitcoin despite the negative coverage by the media.

The Grayscale team has recently released their Third Annual Bitcoin Investor Study that measures how Americans invest in crypto.

There are many exciting takeaways to highlight.

One thing that immediately jumps off the page is that more than 26% of people surveyed in the United States say they already own bitcoin. That is up from 23% last year.

It is also surprising that over half of current Bitcoin investors began putting their money into Bitcoin only over the last 12 months.

In addition, 44% of respondents have become more favorable to Bitcoin in the past year.

As for why Americans are interested in this space, most cite long-term investment opportunities as the number one driver. 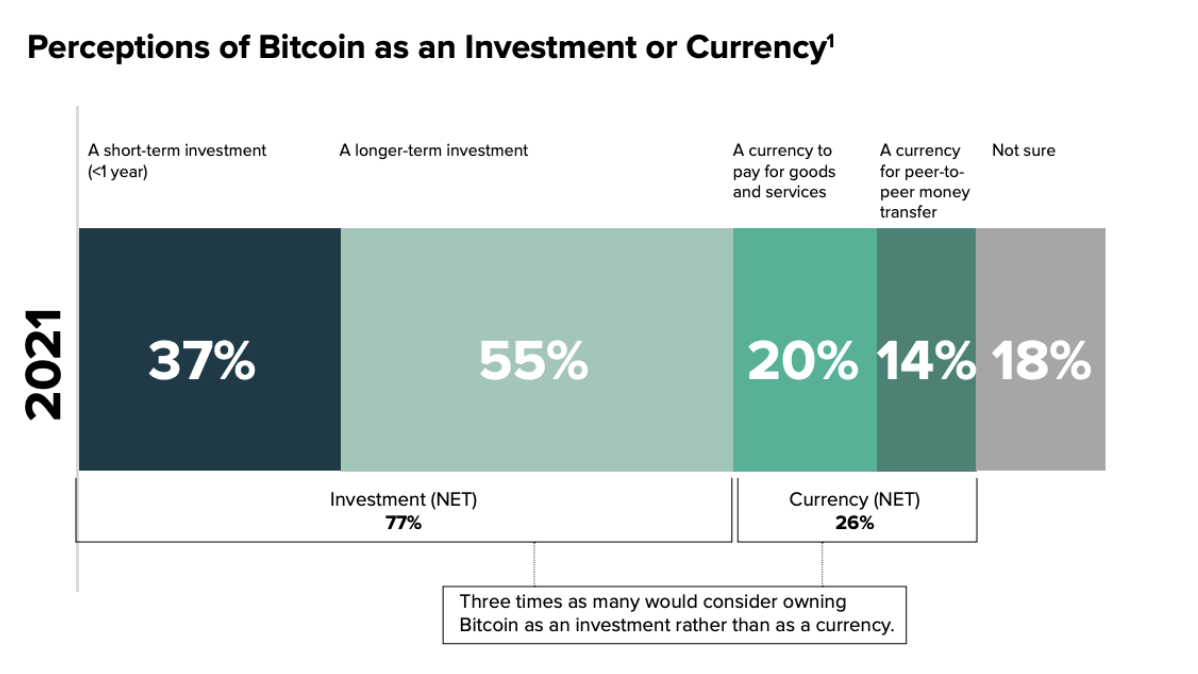 The narrative that younger investors exclusively dominate Bitcoin does not reflect the reality anymore.

According to the report, investors between 55 and 64 were responsible for the most significant year-to-year jump (16%) in investment interest. They also expressed a strong interest in a range of Bitcoin investment products moving forward.

But despite the increase in older investors, the average investor is still characterized as a younger, “risk-tolerant” male. 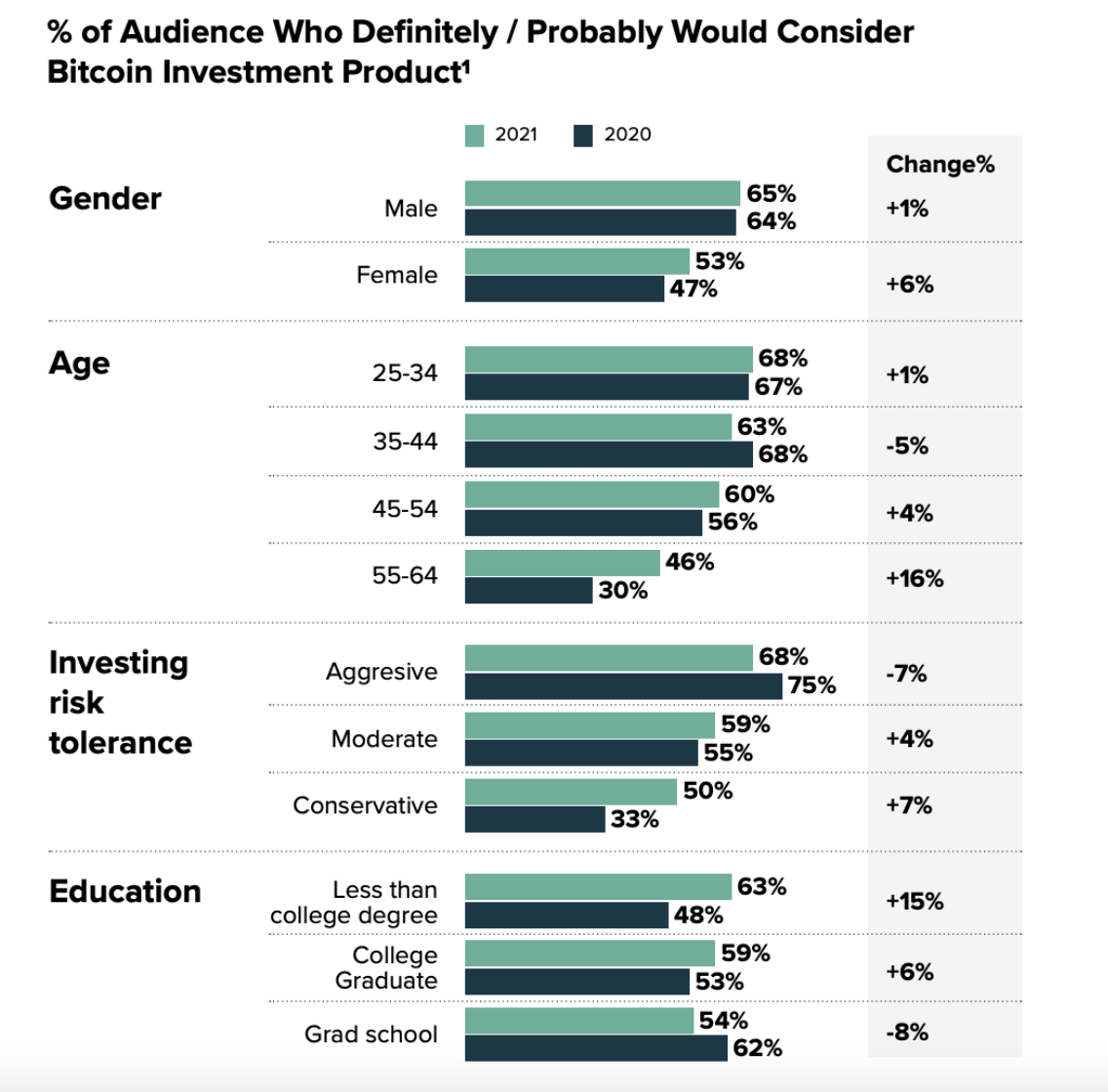 Now, this is important.

According to the study, “more than three-quarters (77%) of U.S. investors said they would be more likely to invest in Bitcoin if an ETF existed.”

It’s not shocking that more ETFs, especially the spot Bitcoin ETFs would lead to an increase in capital inflows to the asset. However, 77% of investors is already a very high number.

The survey also discovered that Americans are exploring cryptocurrencies other than Bitcoin.

For example, 87% of Bitcoin investors are also exposed to at least one altcoin in their portfolio.

It all boils down to this.

Grayscale’s survey results show a rapidly shifting appetite for Bitcoin despite the negative coverage by the media.

As the saing goes, “you don’t change Bitcoin, Bitcoin changes you.”

If this trend continues, Bitcoin as a fixed supply asset will soon experience exponential returns. The price has to increase to accommodate skyrocketing demand.

It will be fascinating to see what these results look like a year from now.