Reading:
Here’s What Will Happen To Your Money Soon
Share:

Here’s What Will Happen To Your Money Soon 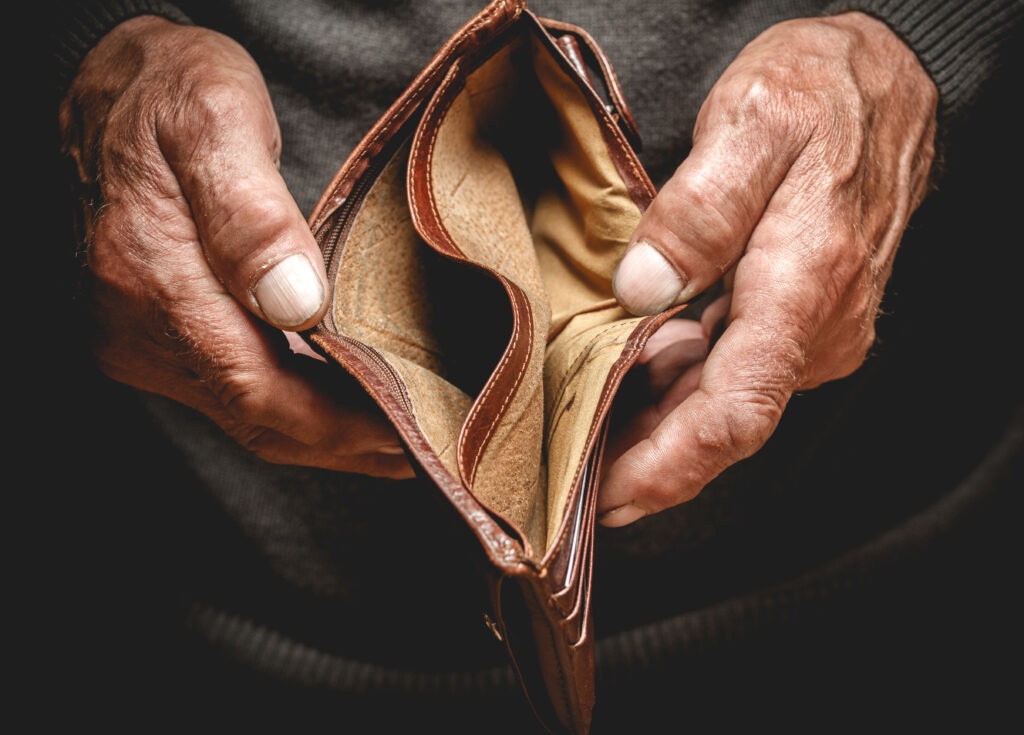 There has been a lot of talk about a dollar collapse and the rise of inflation recently.

Yet, the reality is that dollar debasement isn’t anything new. In fact, it is well underway.

So let me walk you through how we can understand it, what history shows us, and what will happen with your money soon. And, of course, how you can protect yourself as it all unfolds right before your eyes.

CPI is a flawed measure

I think we can both agree that what’s happening to the US dollar matters. It’s the world’s reserve currency, and 90% of all world transactions occur in dollars or currencies that are pegged to dollars. Every currency is correlated to the dollar. That is to say, they are all trading against the dollar.  To put this in perspective, if the dollar is weakening, everyone who holds dollars or dollar-denominated debt is suffering.

I can almost hear you thinking.

The Consumer Price Index, or CPI, has been near zero for a decade. There is just one problem. CPI doesn’t include multiple goods or services such as housing, education, or healthcare in inflation in its basket. There are many alternative measures to CPI, such as ShadowStats below, which present different data. 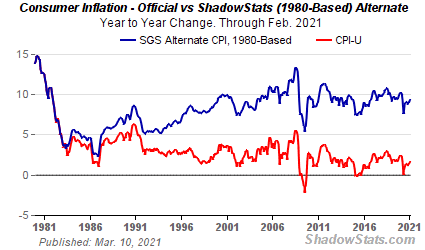 Now, let’s imagine the scenario where there is one middle-class and wealthy person. The central banker prints $2,000 and gives $1,000 to the average man. What will he do? He will invite his family for dinner, buy toys for his children, and pay off his debt.

On the other hand, when the $1,000 stimulus gets to the wealthy man, the money will go directly to stocks or Bitcoin.

What happens as a result?

The S&P 500 Index and Bitcoin prices go up. The stimulus given to a wealthy person does not affect the CPI basket. The rich guy already owns phones, cars, houses, so obviously,  he will not suddenly buy four new TVs or eat three times as much.

The point is the stimulus causes immediate asset inflation because that’s where the money goes. As a result, all the inflationary potential will sit in assets.

Asset inflation is the forerunner

The asset inflation between 2010 and 2020 was about 15% a year. But from 2020 till now, it surged to about 35% due to increased money printing. To put it differently, if you owned stocks, you watched your wealth rise by 35% last year. But if you didn’t, you could not keep up and got poorer because the asset inflation rate is the actual inflation. 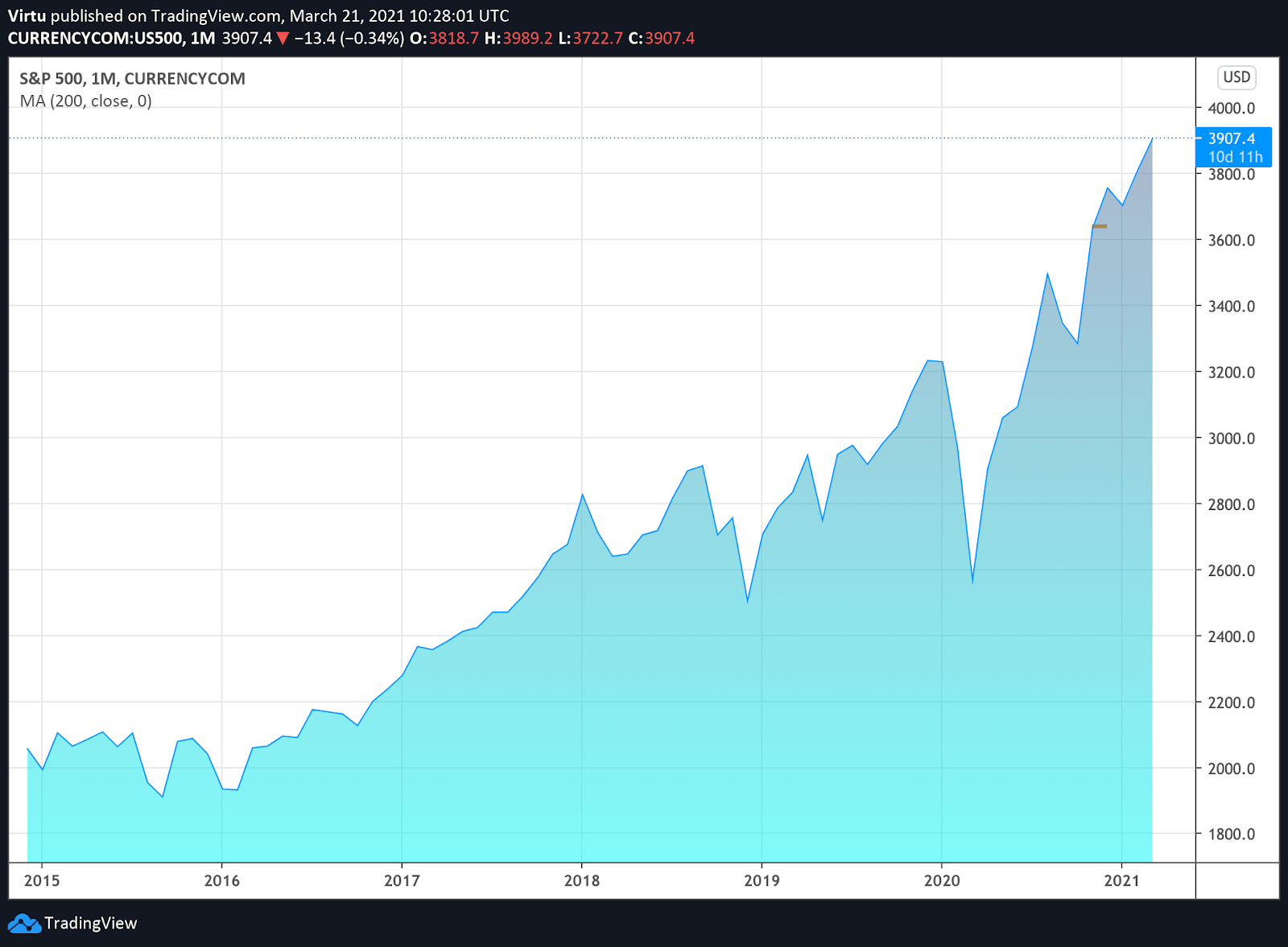 Make no mistake; the US government hides the actual inflation rate because they don’t want to give every government worker and retiree a 15% to 35% raise a year. That’s why they constantly tell you that the CPI is near zero.

Then the media receives that information without questioning repeats it over and over again. And as the repeated lie often becomes the truth, it doesn’t occur to most people that prices went up by 35%.

Fortunately, there is a simple solution to all this madness. But before I present it to you, it’s essential to see some historical perspective.

From 1918 to 1933, Germany was referred to as the Weimar Republic. The exchange rate between the dollar and the Mark in 1918 was around five Marks per dollar. Five years later, in 1923, the exchange rate was one trillion Marks to one dollar, and a wheelbarrow full of money would not even buy a newspaper. 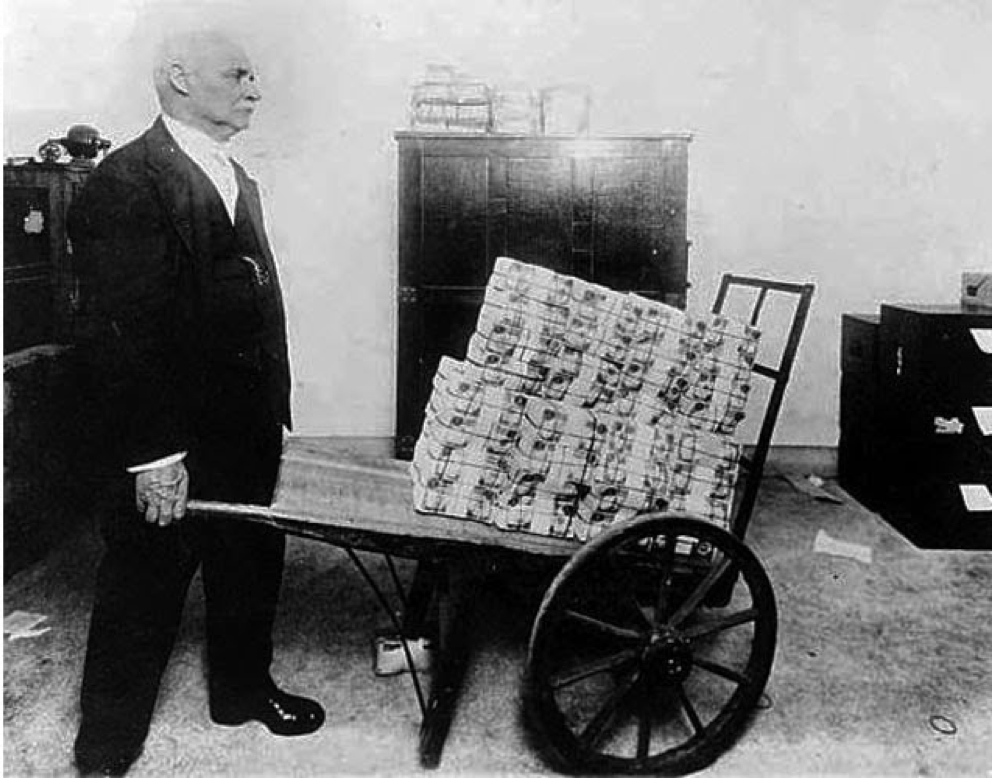 So what asset would you have bought in 1918 Germany to protect from hyperinflation?

The obvious answer was the dollar.

The US dollar served as the only safe haven and the store of value at that time. In short, if you didn’t convert your Mark into a dollar, your wealth got destroyed, even if you invested like Warren Buffett. 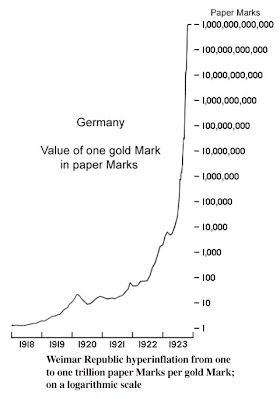 A simple strategy to protect your wealth

I know that’s a lot to take in, but bear with me.

Here’s a little case study of an average business owner. If he makes $100,000 a year in profit and the inflation rate is 25%, he made only $75,000 that year. In a similar manner, his cash in the bank depreciates at a rate of 25% and every other year exponentially until he loses it all.

So, unless the company grows by 25% annually, it is destroying its wealth.

The fact is that most businesses cannot grow at a 25% rate without taking insane amounts of risk. 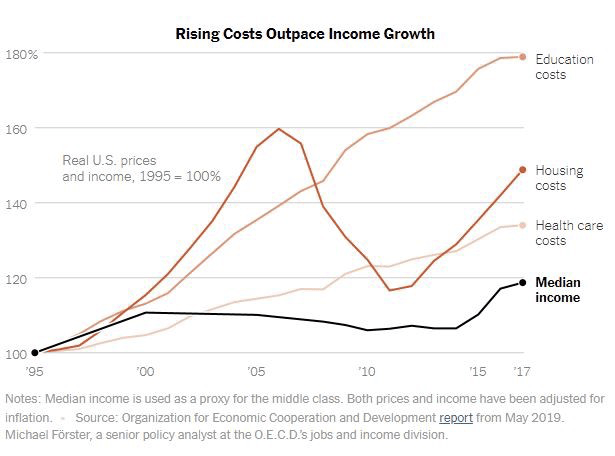 So how can the entrepreneurs protect their money?

Gold is not the answer. Simply, look at the gold’s 3.7% annualized return in the last decade.

The stock market is not the solution either. S&P 500 Index returned 14.1%, which could barely cover the inflation.

The obvious answer is Bitcoin.

Bitcoin compounded a return is 198% a year. It is digital gold and a trillion-dollar digital monetary network open to the entire world.

Just look at what happened in Weimar Germany. The only thing that could have saved you was to convert your marks into dollars. Similarly, converting your fiat currencies to Bitcoin can save you from the current currency devaluation.

Here’s how I think about it.

There is about $400 trillion of global financial assets. $200 trillion is allocated in various store of value assets. There is no reason Bitcoin can’t replace gold and go to $10 trillion market capitalization, and then replace bonds with $200 trillion in market cap.

It will be the greatest wealth transfer in monetary history, and if you miss it, you’ll miss the best opportunity of your lifetime. And you’ll regret it because you were too careless to do anything about it.

Now, this scenario may sound crazy, but history has shown over and over again that hyperinflation is always a recipe for a revolution and war.  The rise of Hitler was the direct result of hyperinflation in Weimar Germany.

The question is, what do you want. Do you want to see your wealth shrink exponentially 25% a year or want to be independent and wealthy at the end of all that?

History has shown that the latter is safer.