Reading:
Implications of the Russia-Ukraine Crisis Are Much Larger Than People Realize
Share: 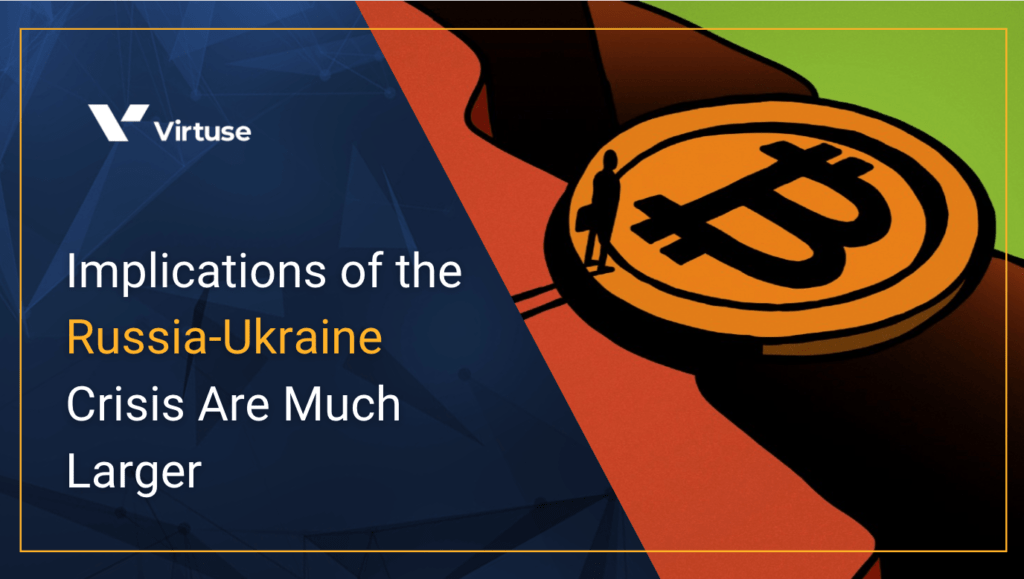 It could be a financial tectonic shift of the century.

It’s been three months since the beginning of the Russian invasion of Ukraine, and plenty of things have changed dramatically.

In my article from March 2 this year, I wrote, “Russia has figured out that they can apply force in the geopolitical sphere, enhance their position as a player and at the same time make a lot of money.”

Since then, oil has been up at $110 a barrel, inflation is at a record high, and food shortages are alarming.

But, here’s the critical part.

While the dollar is crushing major fiat currencies, the Ruble is destroying the dollar. 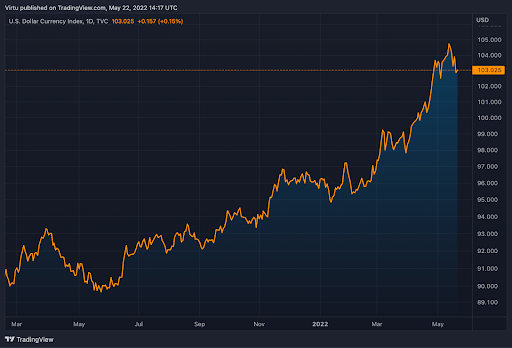 Since the beginning of the invasion, it’s up over 30% against the dollar. 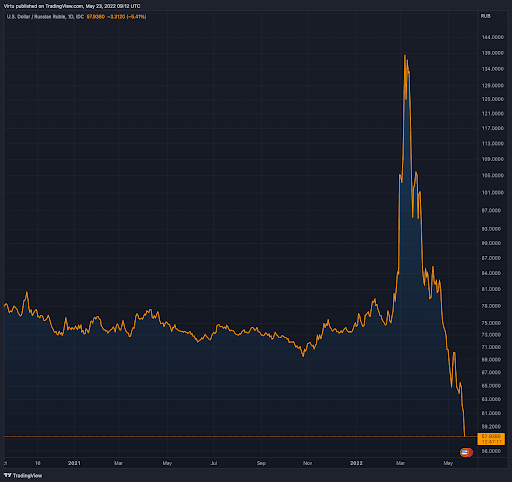 Sure, the market for the rubles is vastly manipulated. But, that is not essential to the understanding of the whole picture.

Russia supported its currency when it decided to only accept rubles for gas deliveries to Europe.

And what’s important to realize is that roubles are now backed by commodities, while dollars continue to be backed by nothing.

Therefore, the implications of this move go beyond the foreign exchange markets.

Russia has set the wheels in motion, and if other commodity producers start rejecting dollars, that would mean a significant loss of demand for the dollar. 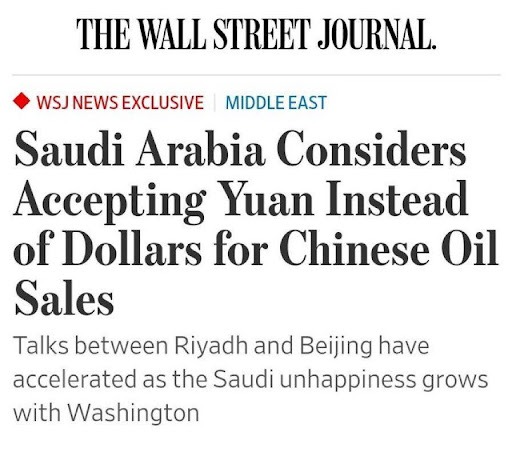 Additionally, China’s plan to use the yuan to pay for oil and other commodities could be the final nail in the dollar coffin that would collapse the dollar as the world’s reserve currency.

Such a collapse would severely limit the ability of the Fed or ECB to turn the money printers. New QE would trigger the dollar and euro to lose substantially more against the ruble and make Russian energy even more expensive.

In short, it would all lead to hyperinflation.

That could also be why the U.S. is trying to isolate Russia. They know this domino effect could lead to the dethroning of the dollar as the world’s reserve currency.  It could be a financial tectonic shift of the century.

Of course, nothing will ever stop the governments from printing more money and spending them like a drunken sailor. They’re simply too addicted to free money. 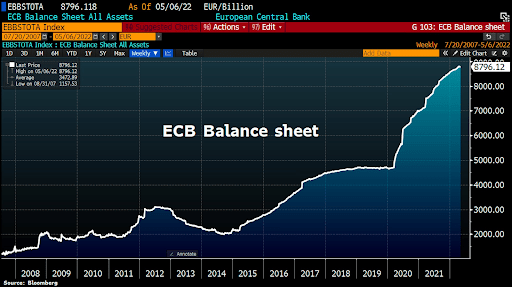 And with inflation surging and the governments weaponizing currencies, people may realize that the state is the most destructive custodian of money.

People may finally wake up to the fact that owning stateless money is superior to holding fiat government money.

And that bitcoin is stateless money by design.