Reading:
The Elephant-chain Syndrome In Cryptocurrencies — We Have ‘Whales’ And Now ‘Elephants’ Too
Share: 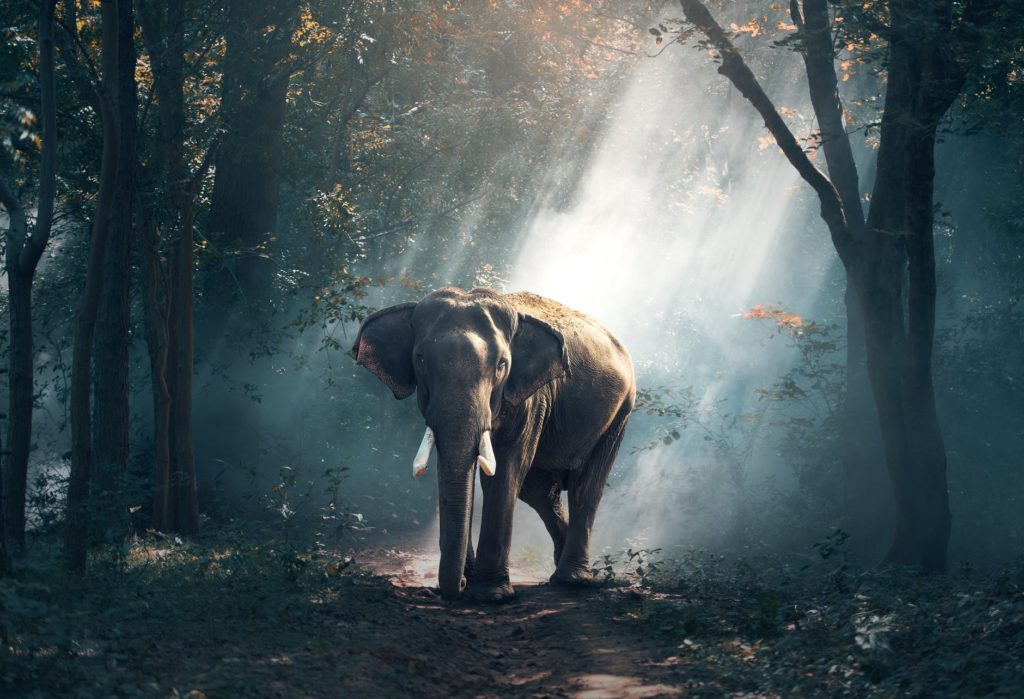 Elephant-chain syndrome is a term used in psychology and although it has been used to describe the process of “taming an elephant,” it applies to humans too. Here’s an excerpt from the book titled “Break Your Invisible Chains” by Brandon Telg, Dr Jaron Jones and Carly Barnes, which provides an example of the elephant-chain syndrome.

“Whether you’ve been to a circus with loved ones or seen a circus act on TV, I’m sure you remember seeing beautiful gigantic elephants performing tricks for the crowd. Children are laughing and families are enjoying themselves, but did you ever stop to think why these enormous animals stay within the confines of the circus tent?

It’s not like anyone would be able to stop them easily. The reason why circus elephants don’t escape is that they believe in false limitations. They believe in invisible chains.”

As a result, elephants become completely unaware of their power. They have been trained to believe that there is no hope of escaping. Simply put, the will of the elephant has been broken. When circus elephants were young they were chained up to keep them from running away.

But, it is the nature of elephants to roam free, so the baby elephant instinctively tries with all his might to break the rope. It isn’t strong enough yet. Realizing it’s pointless, it finally gives up struggling. The baby elephant tried and failed many times and it will never try again for the rest of his life. Sadly, the elephant’s mind has been conditioned, known as the elephant-chain syndrome.

The elephant-chain syndrome is prevalent with cryptocurrencies

Just like elephants, crypto investors and enthusiasts have been conditioned to believe that there is no escape from the chains of intermediaries and regulators.

After a brief encounter with ups and downs of the free markets, some investors practically raced towards regulators, begging their local governments for more regulations.

Even more recently, the manifestation of this syndrome is occurring right now with security token offerings (STOs).

There’s been a lot of confusion about STOs and for good reason because there is already a lot of crypto jargon out there.

What is a security token offering (STO)?

Think of a security token offering (STO) like an initial public offering (IPO), which requires oversight from regulators.

Or instead, you could think of and STO like a ‘crypto IPO.’

Here’s the thing. Some of those in the STO industry are begging regulators to put STO’s back in chains.

That’s because the proponents of security tokens have lost hope in the idea that they are ‘free’ and open to everyone.

Just like the baby elephant, those that are pro STO regulation have been conditioned by their prior experiences.

STOs were supposed to be a genius way to get the blockchain community to follow government regulations, but they (arguably) never really materialized.

I call it, hype over substance.

Even though new security token platforms have been in proliferation — there is hardly a tsunami of STO flooding the markets.

The blockchain community (purists) realized that STOs defeated the purpose that the blockchain was intended for:

STOs should be decentralized and open to everyone — not only to ‘accredited’ investors — but everybody.

And that’s why there has been little innovation with STOs.

In essence, the IPO industry has been allowing issuers to list their shares in public offerings, whilst at the same time, adding compliance with stifling regulations for decades.

Self-imposed limitations on the blockchain industry

For a blockchain industry to thrive it must be impossible for any actor to censor, blacklist, restrict or freeze assets.

We have to apply some common sense and ask ourselves if the new industry is open, borderless, transnational, neutral and censorship-resistant?

If it merely re-establishes trust with centralized intermediaries — then it’s not appropriate for the blockchain.

Nor, are they innovative or disruptive.

Here are some things to think about. Does the bitcoin market suffer from elephant chain syndrome?

Are we being held back by ways of thinking from the past? Or are the markets simply held back by its historical ways in doing things?

Elephant-chain syndrome happens when we are held back by self-imposed limitations and entrenched thinking patterns.

Humans are exactly like elephants except for one thing — we can choose ‘not to accept the false boundaries’ and limitations that have been created by the past.

So there you have it. We have crypto whales, and now crypto elephants too!