Reading:
The war in Europe is inevitable. Should you sell?
Share:

The war in Europe is inevitable. Should you sell?

All evidence suggests the biggest war in Europe since WW2 is about to break out any day now.

The U.K. Prime Minister, Boris Johnson told the BBC in an interview on Sunday.

“The plan that we’re seeing is for something that could be really the biggest war in Europe since 1945 in just in terms of sheer scale,”

According to the US government between 169,000 and 190,000 Russian troops are stationed along Ukraine’s border, both in Russia and neighboring Belarus.

At the same time, the latest estimates by Russia suggest that about 200,000 Ukrainian troops are based near border of the self-proclaimed Republics of Donets and Lugansk.

While residents of the separatits enclaves started evacuation to Russia on Friday, a full-blown war in Ukraine is yet to materialize.

Why would Russia invade?

Ukrainian-Russian conflict is reminiscent of the Cold War-politics. That is, a situation that grew not out of language or ethnicity but from the misunderstood or unfulfilled promises made to the Soviet Union in 1990s. 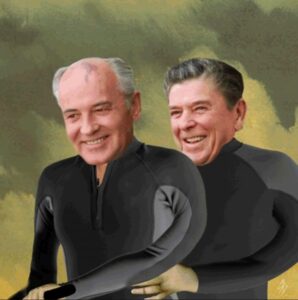 In fact, Russia believes that in 1991 there was a non-enlargement pledge made between the Soviet Union and the West that NATO would not expand to the east.

However, in 1999 NATO admitted Poland, Hungary, and the Czech Republic. During the next round of expansion in 2004 NATO included Slovakia, Bulgaria, Romania, and Slovenia. And to add insult to the injury NATO also admitted the former Soviet republics of Estonia, Latvia, and Lithuania, placing the military aliance’s eastern frontier just 135 kilometers from St. Petersburg.

Make no mistake, admitting Ukraine to NATO has always been for Russia an unacceptable security threat and Putin will do anything to prevent it, diplomatically or militarily.

In one of the last attempt, Chinese President Xi Jinping and Putin released a joint declaration calling on the US-led military bloc to refrain from further expansion and to drop its “Cold War” mentality.

Unfortunately, such a security guarantee is almost impossible to accomplish with Washington.

Therefore, it appears the full-scale war is inescapable.

The market crash at pandemic proportions

The big question is what will happen if the situation deteriorates to a full-blown war?

Without a doubt, all markets would crash on the massive scale of the March 2020 proportions. A 20% to 30% crash in stocks, or 50% slump in Bitcoin would be almost certain.

War as a blessing for politicians

Governments are never thrilled with the scenarios where they would have to accept responsibility for their monetary or fiscal decisions.

Russia is a very comfortable topic for the politicians, much more comfortable than inflation, rising inequality, crime, or opioid deaths.

The war in Ukraine would be an excelent distraction for them. 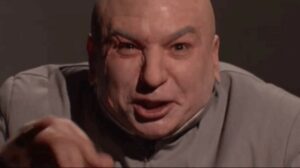 As a result, devastating lockdowns, unprecedented money printing causing a record 40-year high inflation, and failure to cope with it would be forgotten topics.

And ending quantitative easing or hiking interest rates would be out of the question for long time.

Instead, the leaders in the US, EU, and China could begin finger-pointing at Russia and blame the market crash, and subsequent round of money printing on Putin.

Russians are bad, they’ll tell us. Their breath smell like fish, they have tiny brains, they are always drunk ofter on methyl alcohol. And above all the Russians are war-like people always lurking to conquer a peace-loving neighbor. That’s how the Russians are.

This narrative practically writes itself. 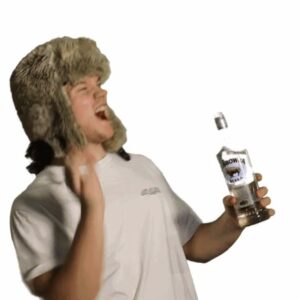 Of course, such rhetoric is the primary ingredient for the war. But our leaders are concerned with only one thing: getting reelected in the next election.

Whether we are talking about the United States or Europe, China, or many other countries worldwide, significantly high inflation is unavoidable and the war would be a perfect distraction.

What should investors do?

Indeed, the gun is hanging on the wall. Therefore, every reasonable investor should be prepared for the gun to fire soon.

It seems like the safest strategy right now is to sell everything and wait for the madness to settle down, before the reentry. 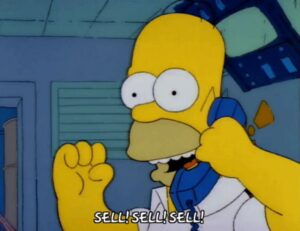