Reading:
Why You Should Start Investing in Bitcoin Now
Share:

Why You Should Start Investing in Bitcoin Now 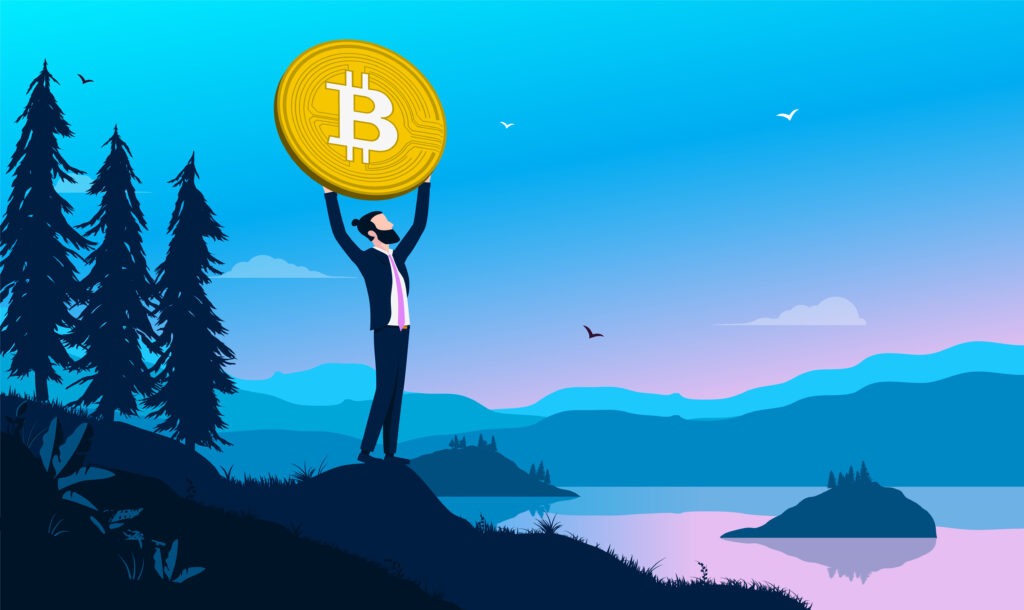 Greek philosopher, Heraclitus over 2500 years ago, said, “the only thing that is constant is change.”

Thirty years ago, that constant was the mobile phone, quickly succeeded by the internet. These technologies transformed every industry and even the ways in which we interact with our loved ones. However, only a few well-off individuals and institutions were able to make money.

Today, we have another great constant, Bitcoin and DeFi. And unlike with all previous technological changes on this one, we’re all allowed to thrive as well.

Bitcoin rate of adoption is the biggest opportunity in history

According to the Real Vision data, the internet grew from 1990 to 2000 at 63% a year. At that time, it was the fastest adoption of any technology in recorded history.

In 1997, there were 140 million internet users, and the industry was growing at a 63% rate. Bitcoin now has roughly the same amount of users as the internet had in 1997. But it’s growing at 113% a year, which is double the speed of the internet. 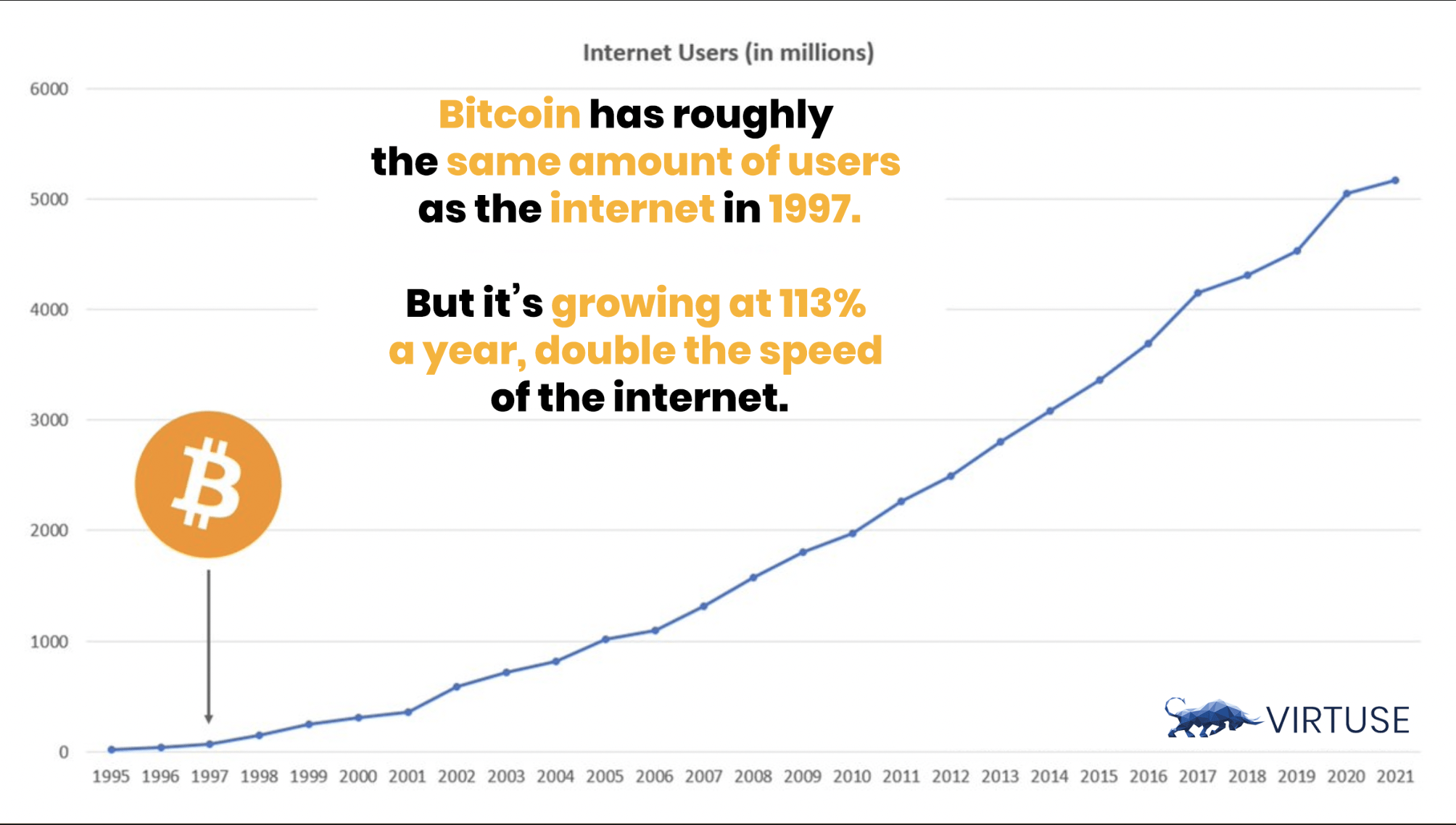 Revolution with a level playing field

Just like with the internet, legacy institutions won’t like it. Yet, this time they don’t have a say in it.

In the 1990s, the game was still rigged, and only 1% of the population was allowed to profit from it financially. If you weren’t an accredited investor or didn’t pass the KYC/AML questionnaire, you had to stay on the sidelines.

But this time, it’s different.

Unlike internet technology, crypto is a monetary network. It’s a new financial system with the entire exchange, transfer, and storage of value. In other words, we can all capture some of the upside.

Everybody on the planet can now participate by buying a fraction of the bitcoin, ether, or any other crypto. This time around is a level playing field, where everybody has the same opportunity to get on it. In fact, it’s the first opportunity in recorded history where small guys can front-run the large institution.

Hope for the doomed millennials

In most Western countries, their baby boomer parents inherited the economy with all-time low valuations of equities, bonds, and real estate. For instance, the median U.S. home value in 1970 was $17,000, and according to the US Census Bureau, it’s now at $217,500.

Baby boomers couldn’t help but make money, and as a result, they now own most of the wealth.

The millennials begin with the opposite conditions. They got all-time high valuations in equities, bonds, and real estate. Not to mention, they’re also suffering from the highest inflation in 30 years and low economic growth.

It’s almost insidious, and if they didn’t have crypto, they’d be doomed.

Bitcoin’s adoption is growing 113% a year, which is faster than any other technology before. Additionally, the price of Bitcoin appreciates about 200% on average every year, and since its inception increased more than 2 million percent. There’s no other asset that has done that in recorded history.

What about expected return?

For example, Fidelity assumes almost 100x return in its latest valuation model. Even the baby boomers didn’t get such a return on the S&P 500 or their homes since the 1970s.

Now, if we include the entire crypto and DeFi sector potential, the expected return could be even higher. 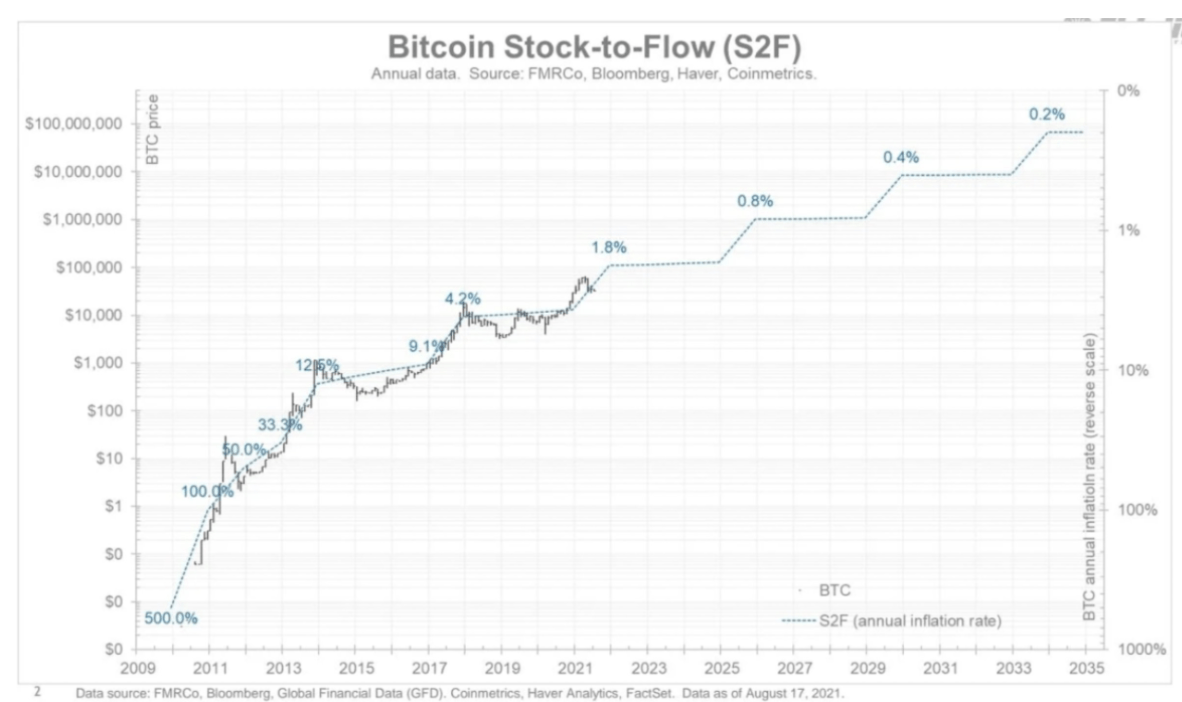 Generally speaking, millennials might be cynical, narcissistic, and spoiled. Yet, they have a front-row seat in the digital era. They have intuitive knowledge of technology and better adapt to change.

But Bitcoin wasn’t created only for millennials. It’s an opportunity nobody can afford to miss.

If we do it the right way, it will be the greatest wealth transfer in history.  If we miss this, we’ll die of regret and blame the rich again.

This time it is in our hands.