Reading:
Gold vs. Bitcoin. Which Was Better Inflation Hedge?
Share:

Gold vs. Bitcoin. Which Was Better Inflation Hedge? 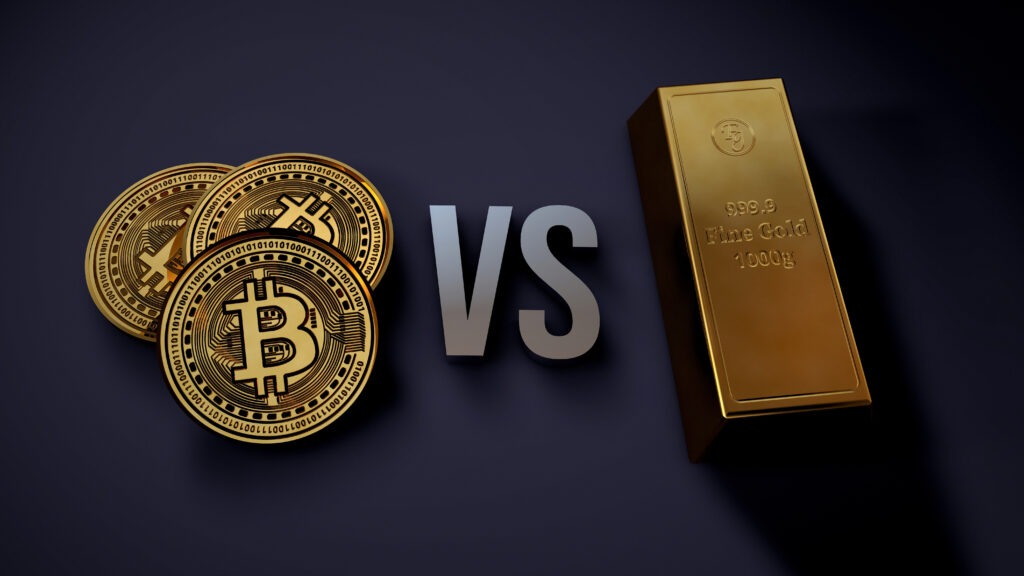 Historically, investors have always turned to precious metals as a way to play rising inflation expectations. But over the last 12 months, holding bitcoin was a better decision over gold. It is becoming increasingly clear that gold is seeing outflows while bitcoin is seeing inflows. 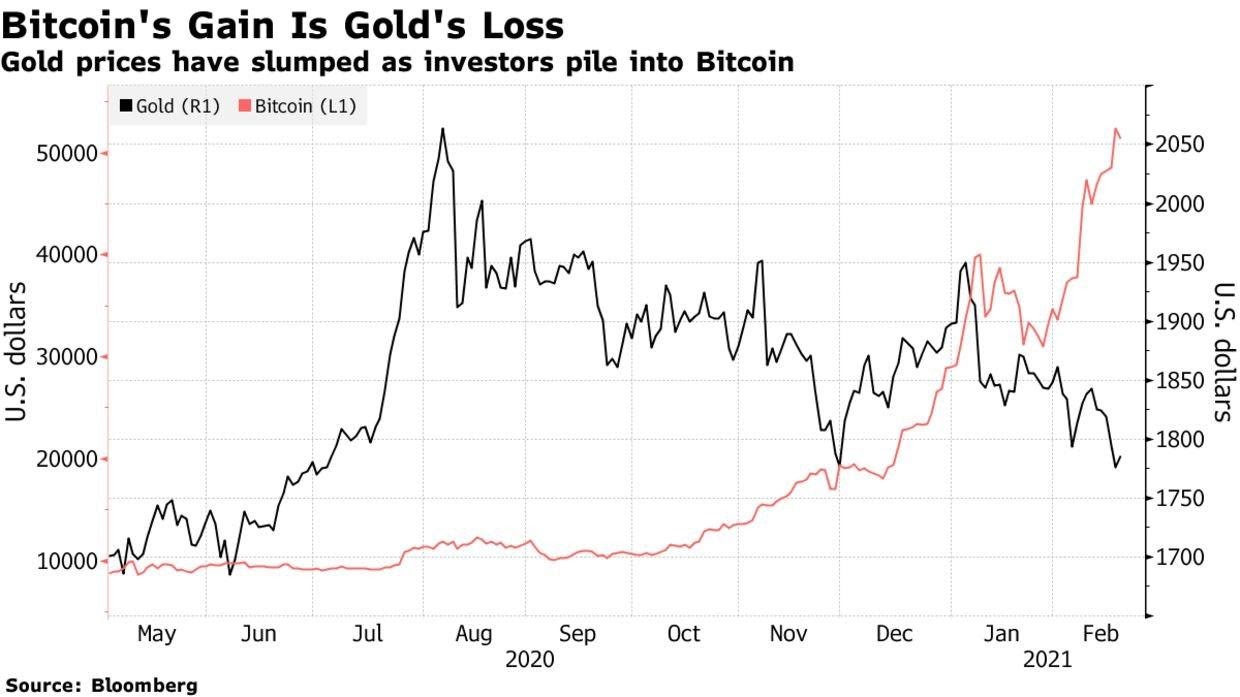 The nominal returns are shocking. For instance, Bitcoin is up nearly 250% over the last 12 months, while gold is down 10%. 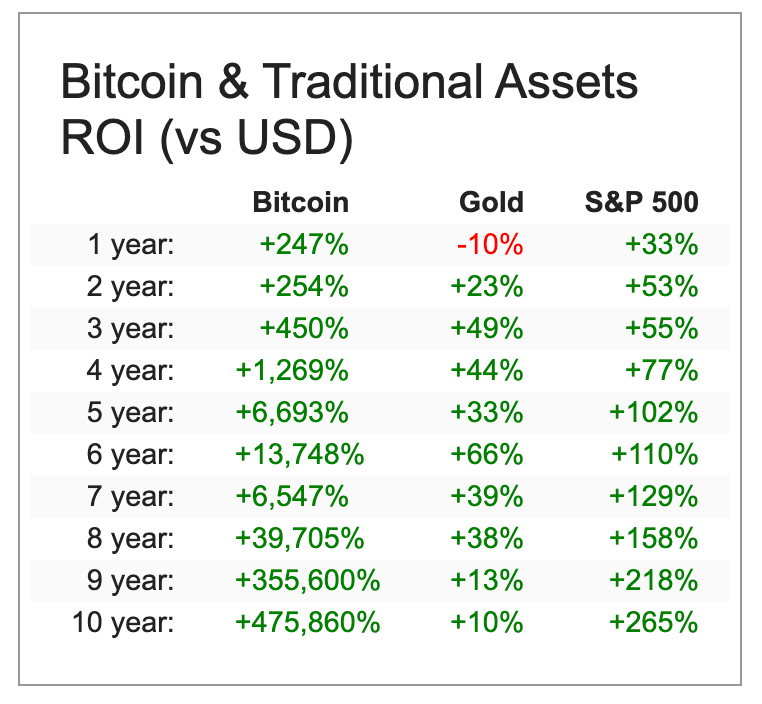 The real returns are even worse.

So how did the gold perform so poorly during a higher inflation environment?

Both assets have sound money principles. They’re both outside the system and immune to any person or group creating more of the supply. However, we live in the digital age, and gold is the analog, and bitcoin is the digital application.

For instance, digital maps destroyed paper maps. You won’t find anybody in the world carrying paper maps around anymore. Google maps transformed them. Music, photographs, or paper letters were all changed similarly by other companies and technologies. It’s essential to realize the digital property is the basis of the new digital economy. Gold has done a fantastic job for thousands of years. But we live in a digital world now, and the old solution just doesn’t cut it anymore. 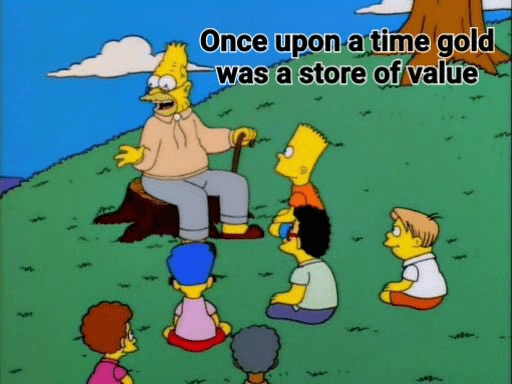 Change of the narrative

Gold has served as an inflation hedge and a store of value for thousands of years. But, we may potentially be watching the destruction of the narrative in real-time. People decide not to vote for the gold narrative with their wallets.  Of course, it is too early to state the narrative to be dead, but it’s evident that gold’s market cap is materially shrinking as investors leave the analog store of value for the digital version.

One fundamental problem with the gold reserve standard is that no universal protocol which links physical gold to paper gold. In other words, the gold derivatives to the underlining asset. Any bank or fund manager that holds gold can print as much paper gold money as they want. There are no universal rules of how much they hypothecate in paper gold. For example, a bank can print 10 or 20 or even 100 times of its gold reserves. There is no integrity between the derivatives and the underlining asset.

There is no way the 8 billion people will hold gold. That wouldn’t work. But it works with Bitcoin.

Blockchain technology has perfected the idea of the store of value and fixed all the defects of gold. When given the facts, it’s easy to realize that Bitcoin is 100 times better than gold.

Gold miners produce 2% more gold every year. Now imagine if they could not mine more gold. That would make gold instantly more valuable. And that’s bitcoin. It’s capped at 21 million coins. It’s infinitely more divisible; you can authenticate it in a second with your phone, it’s programmable, it can make a million transactions a second anywhere in the world. It’s programmable gold on a network.

And on top of that, it is decentralized with tens of thousands of computers running software simultaneously with an identical copy of the ledger. Therefore no government or corporation can meddle with it.

As Michael Saylor put it, “Bitcoin is an apex property for the human race.”

Additionally, fintech companies never accepted gold into the mainstream world. There are very few finance apps that integrate gold purchases. The entire demographic group of people below the age of 35 now prefers owning bitcoin to gold. The possibility of buying an asset instantly on the phone and transferring it in seconds without a third party tends to be more attractive to younger people.

As we revisit the performance of gold and bitcoin during the high inflation levels of the past 12 months or so, it is an excellent reminder that no one can foresee the future. Buyers and sellers build financial markets. Both sides of the market are voting with billions, if not trillions, of dollars in an attempt to express their bullish or bearish views.

The market is the ultimate voting machine.