Reading:
Nasdaq Bitcoin futures: don’t get your hopes up
Share:

Nasdaq Bitcoin futures: don’t get your hopes up 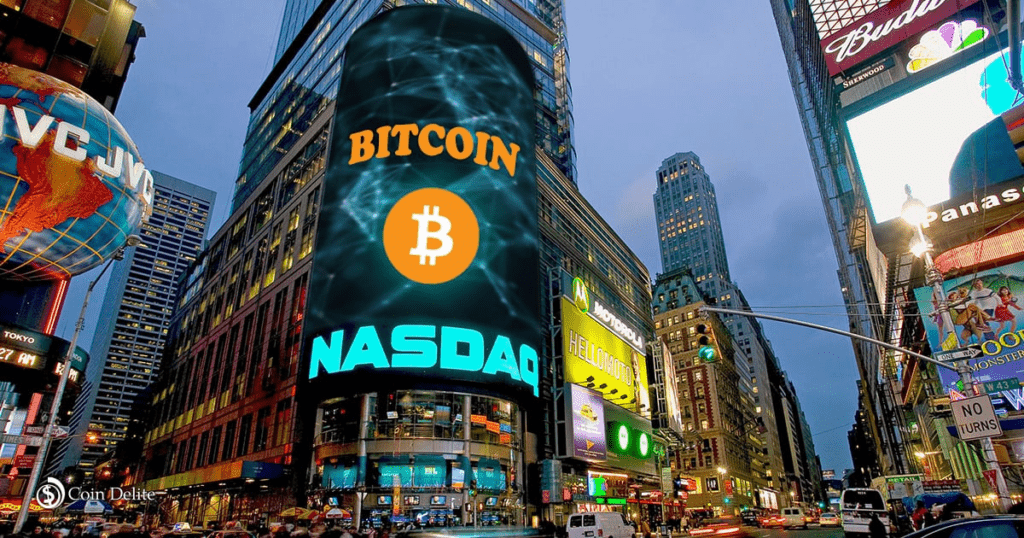 Nasdaq, the world’s second-biggest stock exchange recently announced that they will launch their Bitcoin futures in Q1 2019. Traditional exchanges and banking institutions have been increasingly open to including the emerging asset class. The spectacular volatility has attracted many traders and investors and institutional side of the market has shown much interest. However, don’t get your hopes up high yet.

A key driver for the explosive Bitcoin rally in late 2017 was the listing of Bitcoin Futures by CME Group Inc. and CBOE Global Markets Inc. The price of Bitcoin has gone up through the roof only to experience its sharpest fall in a year, in absolute terms.

It is no secret that the Bitcoin price reached its peak on December 17, 2017, when CoinMarketCap recorded the aggregate price of Bitcoin standing at 19.535.70.

Coincidentally, this was the very same day that CME had their Bitcoin futures trading launched.

I warned at the time that artificial Bitcoins in the form of futures are merely cash settled IOUs without the physical delivery of Bitcoin. All the institutional money flowing into this “fake Bitcoin” would not affect the price of Bitcoin positively.

How much money are we talking about here?

It’s a huge amount. In the third quarter of this year, Bitcoin futures average daily volume rose 41% and open interest was up 19% over the second quarter, according to the CME website. In Q3, on average 757,950 paper Bitcoins were traded per month. Which is about 3.6% of all Bitcoins ever in circulation. That amount doubled from the first quarter. The average daily spot volume is about $6 billion.

Introduction of cash settled futures in other assets caused the same market price to decline. Take the gold market for example, although numerous other examples can be used.

Coincidentally, the gold prices were also influenced by CME, which runs another derivatives exchange, COMEX. COMEX’s 100 troy oz contract is the most traded gold future contract and 41x more gold is traded annually on COMEX in paper gold, than is mined each year. The vast majority of traded gold is in fact fake gold. Only 0.04% of the gold contracts are actually delivered. The remaining 99.96% are settled in cash.

All of this comes at the expense of the retail gold investors.

Gold markets have been in steady decline since 2011, from the peak price of roughly $1,900 to $1,230 /oz. This slump has been mainly caused by the financialization of gold price. COMEX, through its margin trading services, issues on average of 360x more paper gold than physical gold. It makes Bitmex’s 100x leverage with its socialized losses look like child’s play.

While an average retail investor has to come up with hard cash to buy gold at full price, the large banks and brokerages can technically create 360x more gold out of thin air. This inflates the supply and weakens the price.

It doesn’t end with Nasdaq

What is the takeaway for Bitcoin?

Currently, there are only two major stakeholders in the cryptocurrency markets: the whales and retail investors. Institutions are only represented by 4%. This is in stark contrast to their participation in the financial markets where they hold more than 40% of the pie. However, the tenfold difference in adoption is understandable, since there is always a risk for the institutions when dealing with unregulated spaces.

The Bitcoin futures whether issued by CME, COBT, Nasdaq or Bakkt, will eventually get the leverage game rolling in the similarly insane fashion as the gold contracts on COMEX. Markets will be flooded by the hundred-time larger liquidity of the artificial bitcoin, which will dilute the highly cherished scarcity of 21 million bitcoins.

All this tsunami of fake bitcoins will derail the institutional money from the real bitcoin markets and this year’s scenario might be played out again next year.

There is enormous institutional appetite for bitcoin, but I wouldn’t get my hopes up just yet. We must learn from the painful lesson of the CME futures and acknowledge that inevitable Nasdaq and Bakkt could be harmful and will most probably take the wind out of the sails of Bitcoin in 2019.