Reading:
The Sword of Damocles is Dangling Over Financial Markets
Share:

The Sword of Damocles is Dangling Over Financial Markets 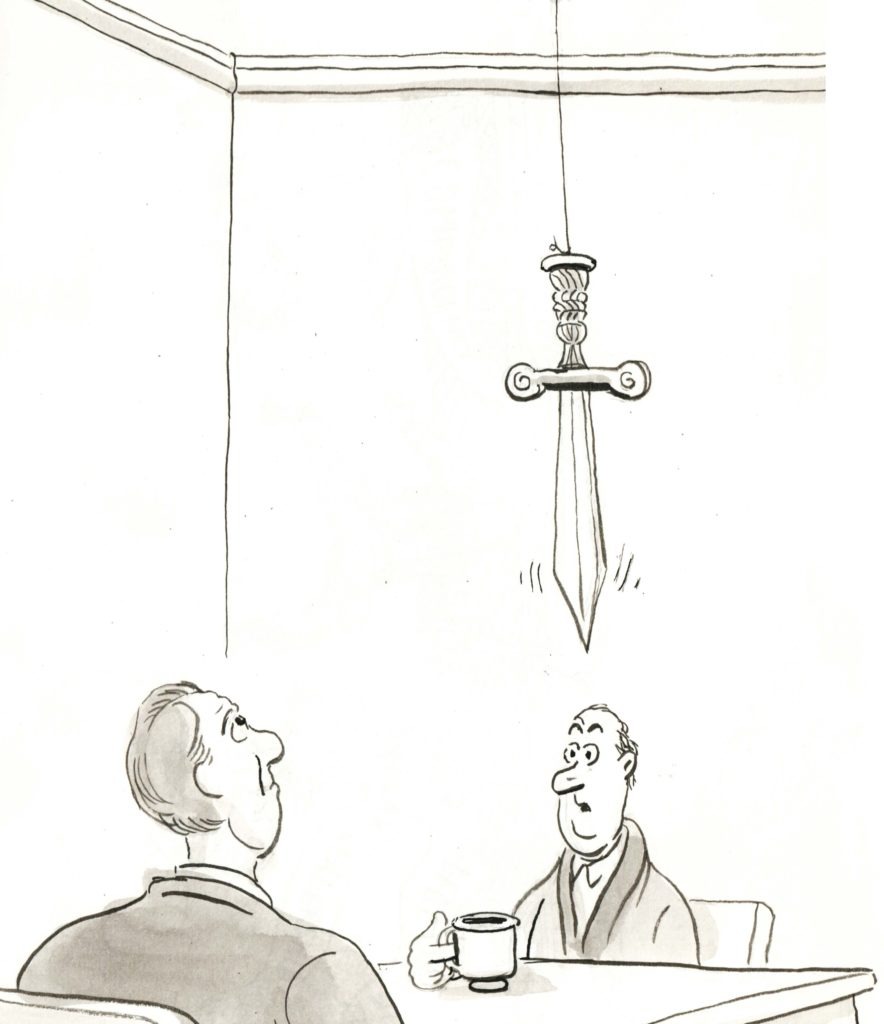 With a financial crisis looming over global investors like the sword of Damocles, bitcoin and precious metals have staged a remarkable rally.

Interestingly, it’s the fiat currencies that are actually losing value, as a result of mismanagement of the world economy and the massive debt levels it has caused.

Keeping this in mind, let’s take a look at two major hazards for your financial well-being and how you can protect yourself.

Foreign exchange is an $86 trillion market and represents half of every transaction that we engage in every day. It is the largest market in the history of the world, and the speculation in fiat currencies has created a market of $5 trillion daily.
Sounds amazing, right? Not so fast. The markets have been incredibly damaged by the nearly zero-rate policies of the major central banks. As a result, there is almost $17 trillion worth of paper money yielding negative returns. To put it another way, you now have to pay someone when you lend them money. Such a financial perversion can only last when central banks keep rates low and print more and more money.

Bitcoin and precious metals are disrupting the fiat markets in a big way. Since the world governments prefer not to settle trades in other government’s currencies, bitcoin and gold might soon become the only acceptable choice for everyone. Even though bitcoin is nobody’s first choice it’s the only workable option, as opposed to trying to coordinate 150 selfish governments, each one trying to preserve its precious national currency.

Sooner or later the governments will start to opt-out of their central bank trading mechanisms in favor of settling trades in bitcoin and precious metals.

2. Global economy on the brink of collapse

In 2008 the economy collapsed due to unsustainable debt structures, but what many people don’t understand is that government, corporate, and private debt has only increased since then. On top of that, the US economy is in the midst of its longest expansion in history, which means a recession is long overdue.

If there is a small recession, central bankers will have very few tools to combat it. Because of the current zero-rate policy, all they can do in a recession is print more money.

How long can this policy last? Just look at Japan. Bank of Japan’s (BOJ) zero-rate policy has been around for 20 years. If this is the tactic, it would appear that it can certainly go forever. BOJ owns 77 percent of every ETF in Japan and is the top-ten holder of 90 percent of Nikkei 225 companies. BOJ also owns over 50 percent of the Japanese government’s bonds, and its balance sheet is now larger than Japan’s GDP.

Unfortunately, the path in the West will soon be identical to Japan’s. In fact, the US has already taken the first steps in that direction. Even though the US has a 3.7 percent unemployment rate, the lowest since 1969, the Federal Reserve has lowered rates to emergency levels. In addition, just recently the Fed injected $278 billion into the securities repurchase and unofficially launched QE4. Let’s also not forget that the ECB has also restarted its own quantitative easing at a pace of 20 billion euro per month in Treasury purchases.

In the face of such massive money printing, I doubt that the US will have a 2008 style crisis where you don’t know where to put your money. I would instead anticipate a shallow recession in the West and a deeper one in the Asian world. However, keep in mind that even in the case of a mild recession, stocks will on average drop 40-50% from their highs.

Financial markets have been so deeply manipulated by bad policies that the system is fundamentally broken. At some point, there will be either a currency meltdown or a complete loss of faith in the economy.

Bitcoin and precious metals are fairly non-correlated assets to stocks and bonds, and will likely benefit from the potential collapse of the traditional economy. It’s an alternative financial system that you can own a piece of.

That’s a ray of sunshine for investors. Living with the sword of Damocles over one’s head becomes more bearable with that knowledge.