Reading:
Here’s why you should not buy bitcoin
Share: 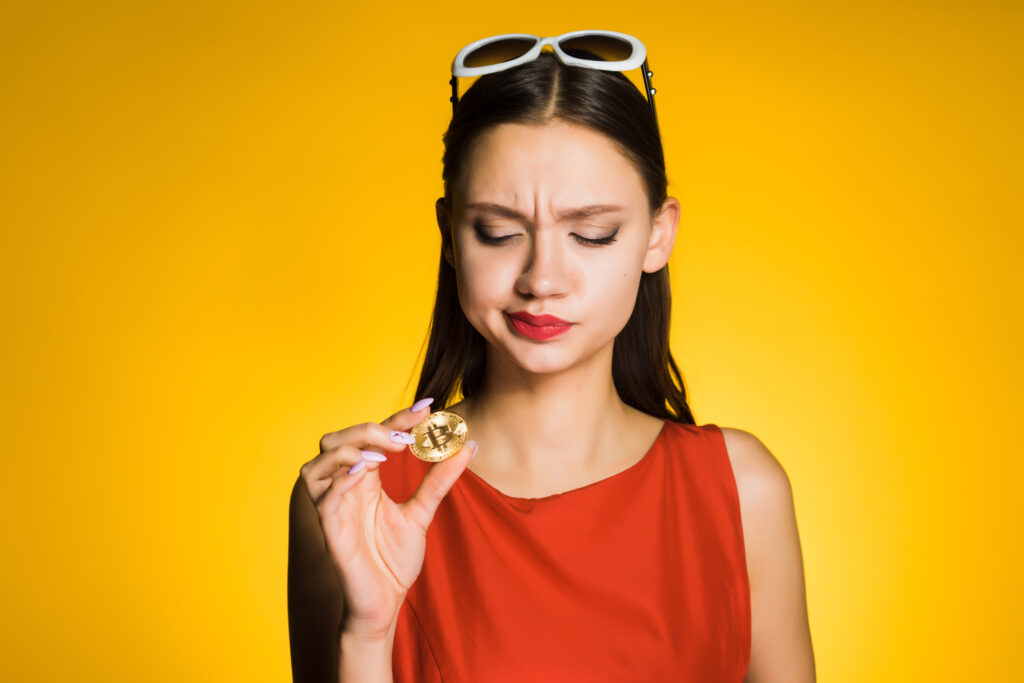 Investing in Bitcoin isn’t for everyone.

Bitcoin has a way of humbling everyone who gets involved with it. If you lack conviction and easily get demotivated, then Bitcoin isn’t for you.

So, here are 20 reasons not to buy Bitcoin.

1. If you believe it’s a speculative asset

Then don’t buy bitcoin. If you don’t get that it’s a digital monetary network, a million times better than the physical one, then what are you doing here.

2. If you believe Bitcoin is a Ponzi scheme

Then you’re lost. According to the SEC, Ponzi schemes must fulfill specific criteria. Bitcoin easily tackles all of them. You should stick with the dollar, the biggest Ponzi scheme of all.

3. If you think bitcoin will never rise above $69k

Then don’t think about buying it.

4. Money printing will save the economy

Then you’re in for a rude awakening. Don’t buy bitcoin; you are not ready for it. The central banking system is a fraudulent scheme that creates artificial wealth through high inflation, as we are experiencing now.

5. If you think bitcoin will never go below $38k

Then you should never buy it. Buying bitcoin is having balls.

6. If you are terrified of volatility

If you’re watching the bitcoin price as nervous as a long-tail cat in a room full of rocking chairs, bitcoin is not for you. Bitcoin is volatile because it’s open 24/7, it’s massively traded on margin, and above all, it’s still a new technology. As Michael Saylor put it, “bitcoin is volatile, but it will go up forever.”

7. The government cares about you

If you completely trust the government to take care of your finances with their policies, just give it up. Bitcoin is not for you.

8. If you believe inflation is transitory

If you believe that inflation is transitory or Putin did it, don’t buy bitcoin.

9. If you believe gold is better than bitcoin

If you think gold is better than bitcoin, you’re hallucinating. Don’t even think about buying bitcoin. It’s like clinging to paper maps instead of Google Maps.

10. If you think bitcoin wastes electricity

Don’t buy bitcoin ever. In fact, sell your hairdryer, fridge, and Christmas lights too. And while you are at it, close your bank account because the financial system uses vastly more energy.

11. If you believe that by owning nothing, you’ll be happy

Remember the 2016 WEF post, “You’ll own nothing, and you’ll be happy”?  If you find meaning in this mantra, just hurry up and donate all your remaining assets to me. You’ll be happy much sooner than by 2030.

12.If you’re mad about billionaires getting more wealth

Then just don’t buy bitcoin. Instead, begin your communist revolution and try to stop them. Best of luck with that.

13. If you’re not improving every day

If you have the same decades-old ideas, you’re not getting better; you’re getting worse. Then Bitcoin is not for you. You’re not on this planet to survive but to thrive.

14. If you believe in the great reset

Then you need help. Seriously. If you’re blind enough to have not seen through the lies, you don’t understand what Bitcoin is. World Economic Forum needs more obedient, Netflix-watching conformists.

15. If you believe the CBDCs are good for you

Central Banks Digital Currencies, or CBDCs, play an essential role in the “great reset.” CBDCs will be one of the greatest violations of human rights in history. So if you want the government to control how you receive, transfer, and store money, then Bitcoin is not for you.

16. If you never read more than three articles about bitcoin

17. If you believe Bitcoin can be confiscated

Then I beg you, never buy it. Yes, the governments can shut down exchanges, but nobody can touch your bitcoin if you store it on a hardware wallet.

18. If you trust the banking system

Then bitcoin is incompatible with your world. The famous Henry Ford once explained very well:

“It is well enough that people of the nation do not understand our banking and monetary system, for if they did, I believe there would be a revolution before tomorrow morning.”

If you don’t have this fundamental knowledge of how money works, you shouldn’t buy bitcoin. Sooner or later, you will end up making bad choices.

Then never put bitcoin on your balance sheet. Bitcoin is a diamond in the rough. And it will take time for the bitcoin revolution to reach its full potential. If you are not able to be patient, do not buy bitcoin. You may make bad choices because of your impatience.

20. If you believe Bitcoin has no use case

You should be the last person on the planet holding bitcoin. But what solution do you propose to people in Ukraine, Venezuela, Zimbabwe, Lebanon, Argentina, or Turkey?

It’s always easy to criticize bitcoin at a cocktail party, but most people do not have access to the banking system. Bitcoin is their only escape from dictatorships, war, and hyperinflation. Their hollow existence depends on it.

No, I’m not kidding.

Bitcoin is not for everyone. Technically, 8 billion people can own Bitcoin, but only those with solid understanding and patience should hold onto it.

To sum up, if you are not willing to understand bitcoin and what it stands for, then put your fiat money elsewhere.